Dan Walker, From Power To Prison

At a time when most Democratic politicians in Illinois were cogs in a massive political machine, Dan Walker was a nobody.

That changed in 1971, when he set out on a walking tour that spanned the length of Illinois.

The trek was later memorialized in a flattering country song by Stan Hitchcock called “A Winner Walkin' Home: The Ballad of Dan Walker."

A UPI report from 1974 described "A Winner Walkin' Home" as "tailor-made to 'go' nationally.

“Dan Walker was very intense. His folksiness was contrived — that red bandanna and the walk across the state. But he tapped into public discontent," says Jim Nowlan, a retired professor and former member of the Illinois House.

Nowlan had a close-up view of the 1972 campaign — as the running mate of the defeated incumbent, Republican Gov. Richard Ogilvie.

“Dan Walker was great at campaigning and maybe not so good at governing," Nowlan says.

Walker had a white hot political career, but much of that heat burned off in battles with one man: Mayor Richard J. Daley of Chicago.

“I have been trying very hard to bring to this state a Democratic Party that is representative of people all over the state of Illinois, and does not just respond top the wishes of one man in Chicago," Walker said at the opening a Decatur campaign office in 1975.

He was running for re-election, but Daley endorsed then-Secretary of State Michael Howlett, who defeated Walker in the primary.

“Well, the score is now Walker 1, Daley 1," Walker said as he conceded to Howlett.

Charlie Wheeler, a professor of journalism at the University of Illinois Springfield, says part of Walker's difficulty was that he wanted to be the top Democrat in Illinois at a time when Daley already occupied that perch. "And Richard J. Daley was not interested in ceding that position," he says.

During the Walker years, Wheeler covered state government for the Chicago Sun-Times. He says Walker’s style of governing made it hard for him to get things done.

“In his inaugural address he talked about ‘the free ride is over.’ So he came in as an outsider … and he was never able to get along with the leadership in the Republican Party or the Democratic Party."

Walker’s loss begat 26 years of Republican rule, a streak that wasn’t broken until the people elected Rod Blagojevich in 2002. But Walker's electoral defeat was not his low point.

On a summer day in 1987, he pleaded guilty to federal charges of bank fraud.

Walker said he had always tried to stay upbeat about life, even when he lost the governor’s office. But in a 2007 interview, he said going to prison sent him "into the depths."

“There was a big, tall water tower," Walker said. "I’d look up there and say, ‘Well, why not just climb that ladder and just step off into nothing. You don’t have to jump. You just step off, and nothing swallows you up."

Walker says he eventually found peace through a vision of Jesus. Literally — he’d see it when he closed his eyes.

"All I know is that he was there," he said. "And he gave me peace. Peace. And so I finally found peace in prison."

Dan Walker’s family says he died Wednesday at his home in California. He was 92. 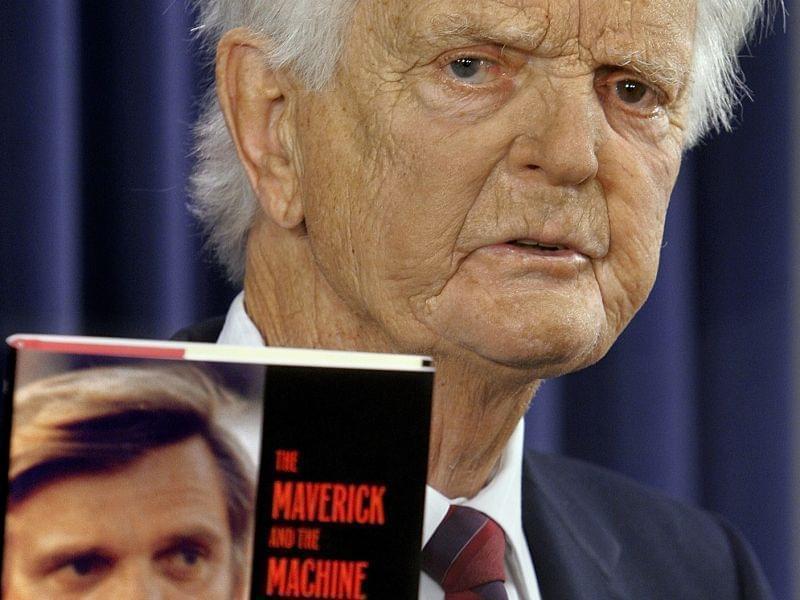 The Maverick And The Machine: Governor Dan Walker Tells His Story