Davis says U-S manufacturing has changed since he was growing up. And the example he gives is HL Precision Manufacturing, which has a work force of about 60. It makes parts for flight simulators and other machinery in a former supermarket on Champaign’s west side.

Davis says the air-conditioned, well-lit HL Precision facility shows how a career in manufacturing can be a good one. And he says schools should put a greater emphasis on training for manufacturing jobs.

“We have to change our philosophy that’s been part of our pre-K through 12 system for decades now, that kids should be pushed into a four-year institution,” said Davis. “There are many kids in our schools right now that would thrive in a manufacturing environment like this one.”

HL Precision’s HR and Marketing Manager, Corrinne Hillard, says getting new workers with the right training has been a bit of a challenge for them. She says they’ve hired some people from the Industrial Technology program at nearby Parkland College.

“But we’ve had to go into the high schools now,” said Hillard. “And we are sponsoring high school students to attend Parkland and the Industrial Tech Program while they’re in high school; earn dual credit in high school and then intern for us in the summer, and hopefully one day hire them.”

Davis is backing three manufacturing job-training bills in the U-S House. He’s the chief House sponsor of one version of the LEAP Act (HR 3088, alternate version HR 3455; and Senate version, S 574). The bill would give a federal tax credit for companies hiring new apprentices. 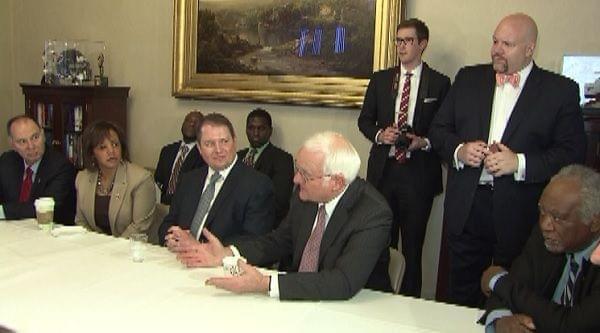 Quinn Announces U Of I Manufacturing Research Project