Teaching assistants and other aides at the Decatur school district are suspending their strike and returning to work Friday morning.

Leaders of the Decatur Federation of Teaching Assistants announced on Thursday that they were suspending the walkout that began on Tuesday.

DFTA President Paula Busboom says their main concern was the 537 children affected by the cancellation of programs because of the strike. But she adds they were also affected by District 61’s decision to cancel health insurance benefits for striking workers.

“It was one of the things that we looked at,” said Busboom of the district’s action. “But I think that it’s most important that we address getting those special needs children back into the classroom. So they can have the structure and routine and the instruction that they need.”

Decatur Public School officials announced the resumption of programs after the union announced they were returning to work.

But Busboom says there’s still no contract for 275 teaching assistants, hearing interpreters and other workers in the district.

“We have suspended the strike,” said Busboom. “But I want to make it perfectly clear this is a suspension. We do not have a tentative agreement with the Board of Education.”

Busboom says DFTA has formally requested new dates for bargaining talks with District 61, through their federal mediator, and are waiting for a response.

The last contract negotiation session between the two sides took place last week, and no talks are scheduled at this time. The main dispute has been over health insurance premium rates. In a news release announcing the strike suspension, DFTA said the school board’s last offer “will require teaching assistants with family plans to pay 247% more for their insurance, and those with single plans will have to pay 64% more.”

Decatur School Board members said earlier this week that DFTA had distorted their proposals about health insurance, and that 70% of the union’s members would come out ahead with the district’s proposal. 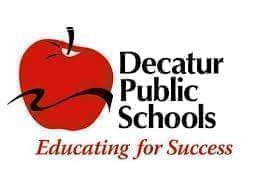