The U.S. Supreme Court’s landmark decision to strike down a key provision of the Defense of Marriage Act is a big win for same-sex married couples. The ruling also opens up a pathway to citizenship for hundreds of thousands of undocumented immigrants.

Aaron Smith of Bloomington-Normal and his partner “Toshi” have been together for nearly 20 years. We have changed Toshi’s name to protect his identity.

Toshi overstayed his visa. He is originally from Japan, and lived legally in the U.S. on various education and employment visas, but in 2010, he had to go back to Japan after his visa was not renewed. He returned after six months on a visitor visa.

The time they did spend apart was challenging for both of them. In 2010, after being back in the U.S. for a month, Toshi reflected on his time away from Aaron and their subsequent reunion. At the time, Toshi had trouble describing how he felt being separated from Aaron for so long.

“Toshi just said it very well right now,” Aaron replied, standing next to him.“How do you define and describe your love for a person? I mean, it’s right that he’s here and we’re together, and it’s wrong when he’s not.”

After that interview, the two decided that Toshi would stay after his visitor visa expired. Last fall, they got married in Iowa, anxiously waiting for the federal government to recognize their marriage. Then in June, the U.S. Supreme Court announced it struck down a major part of DOMA.

“We were both very excited because we knew it was going to happen that day,” Aaron said. “Toshi was up from five o’clock in the morning and he said the dogs woke him up, but I think he was kind of excited to find out.”

“That uncertainty permeates just so many things,” Toshi said. “You know, I was driving a car and then as always if I got busted what could happen? Day in, day out you have to think about it. So, now it’s gone.”

Shortly after the DOMA ruling, the federal government said same-sex couples could be eligible for green cards through their spouses. Toshi is now waiting for his green card.

There is nothing stopping immigration officials from picking him up, but his immigration attorney, Michael Jarecki, said that is he is not likely to get deported since has no criminal record, and a pending green card application.

“This why qualified counsel is so important because individuals may not know to raise these issues in immigration court,” Jarecki said, speaking from his Chicago office.

Now in Toshi’s case, even though he overstayed his visa, he entered the U.S. legally, which means he does not have to return to Japan in order to apply for the green card. However, people who crossed into the U.S. without proper documentation do have to return to their home country before they can be considered for permanent residency. Jarecki said that is worrisome.

People who are married to a U.S. citizen and want to get a spousal green card have to file an application and go through the interview process. On average, Jarecki said it can take six months to a year before the green card is actually issued.

However, that process can be much longer for spouses of permanent residents who are seeking green card status. That is because there is a cap on the number of visas available each year. The U.S. Senate’s latest immigration bill would remove that cap. U.S. Sen. Dick Durbin (D-Ill.), who helped craft the bill, said it is important to make the process fairer.

“There are some members of families of people living in the United States who have been trying to be reunited with them for 10 and 20 years,” Durbin said. “This is unacceptable. So, in the bipartisan bill, which passed in the Senate, we’re going to eliminate this backlog once and for all so that these families can be reunited. ”

The Rev. Samuel Rodriguez, who heads the National Hispanic Christian Leadership Conference, said he wants to see families together through comprehensive immigration reform, but not same-sex marriage. He said extending immigration benefits to same-sex couples is an issue that should have been handled by lawmakers, not the Supreme Court.

“Unfortunately, these two debates are so polarizing – both the immigrant debate and both the DOMA debate,” Rodriguez explained. “I think we’re going to see a more polarized America unless we have a generation that stands up and says, ‘Can we find some common ground, and can we be civil?’”

Same-sex marriage is legal in more than a dozen states plus the District of Columbia. That does not include Illinois, though that could change before the end of the year.

While some federal benefits only apply to couples who live where their marriage took place, immigration benefits carry over anywhere in the country.  According to UCLA’s Williams Institute, there are approximately 267,000 undocumented adults who identity as part of the LGBT community, while there are roughly 637,000 LGBT individuals among the adult documented immigrant population. 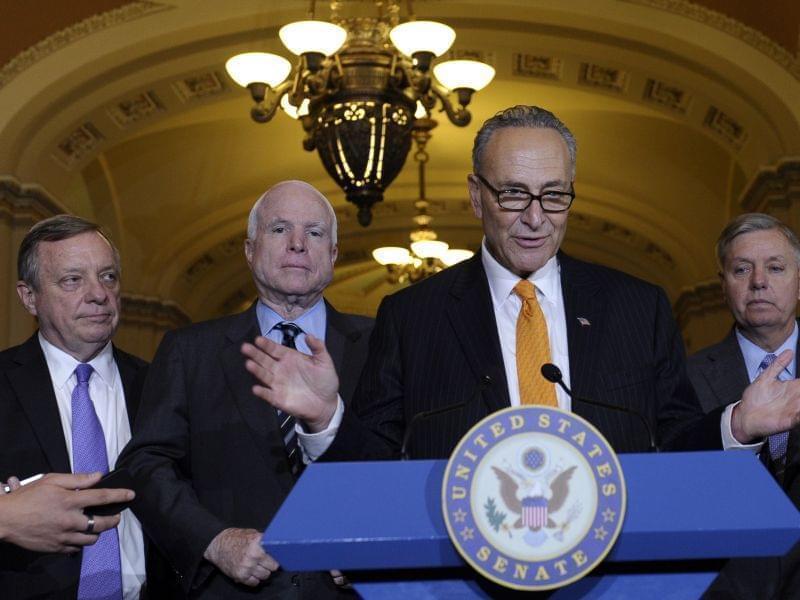 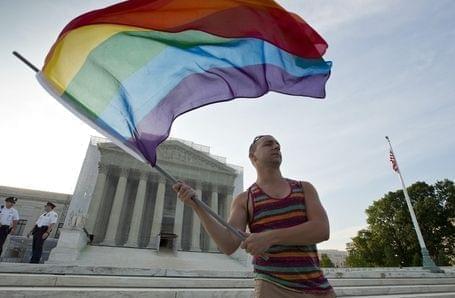 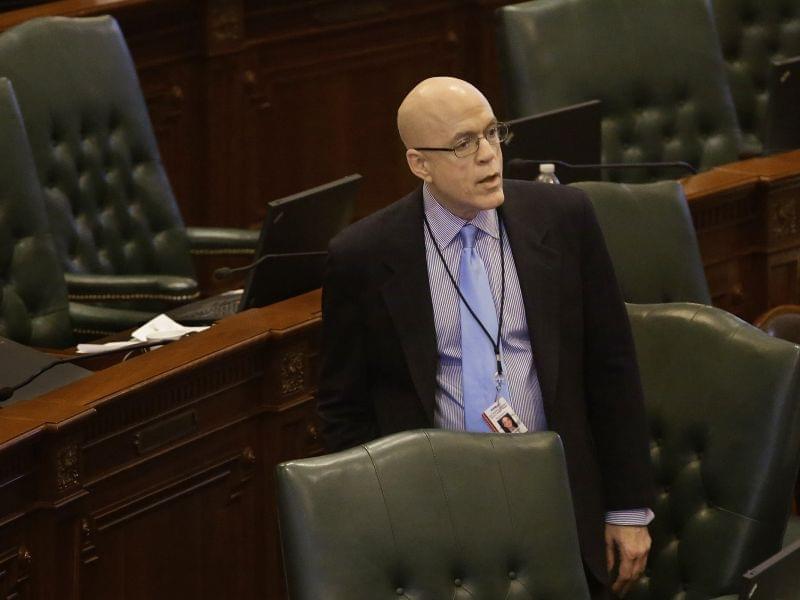