US Senator Dick Durbin says the lack of a true government shutdown in Illinois is complicating efforts for the governor and legislative leaders to reach a budget agreement.

The Democrat said about 80-percent of funds are moving forward anyway - on what he calls ‘automatic pilot’ due to court decisions on paying state employees and federal Medicaid funds.  Republican Governor Bruce Rauner also signed a measure funding K-through-12 education.

But the Senator said many citizens are still vulnerable in the absence of a state budget - including those who rely on social services.

“So we haven’t reached the political crisis that usually occurs in a shutdown," he said.  "I don’t know if that means we’ll limp along with this circumstance for a long time, I hope not.”

Durbin predicts leaders could be motivated by falling approval ratings, but said he hopes a resolution can be found regardless of political calculations.

During a visit to the University of Illinois' Urbana campus Tuesday, Durbin also touted the U.S. Embassy opening in Cuba later this week.  Secretary of State John Kerry will inaugarate the Embassy on Friday.

Durbin said he’s been meeting with Central Illinois farmers who say they’re excited about a new market for exports, and a chance to establish tourism in the country.

“And that gives us a chance to export more food products to Cuba while they build their basic economy," he said.  "So I think this change in foreign policy was long overdue.   I support what the president’s doing.  Opening this embassy – I hope – will signal an end to the era of Castro and a new Cuba.”

The senator said the mere access to information in Cuba through the embassy will mean more to the future of the country than the trade of corn and soybeans through Illinois.

During his address at the U of I's National Center for Supercomputing Applications Tuesday, Durbin called for greater federal funding for scientific and biomedical research.

He touted two measures - the American Cures Act - which would boost funding by 5-percent plus inflation at the country's top four biomedical research agencies (like the Centers for Disease Control and National Institutes of Health), and the American Innovation Act, which does the same for federal research agencies like The National Science Foundation and Department of Energy Office of Science.

Durbin said the issue medical research was key to him to pursuing his current term in office.

"I tell my conservative Republican friends 'I'm a lot different than you politically', but I guarantee you pick your favorite crowd of supporters, and let me come in and make a speech about medical research, and I'll win them over," he said.

Durbin noted more than 5-million Americans now live with Alzheimer's Disease.  On its current path, medical costs tied to caring for it will total more than $1-trillion by year 2050. 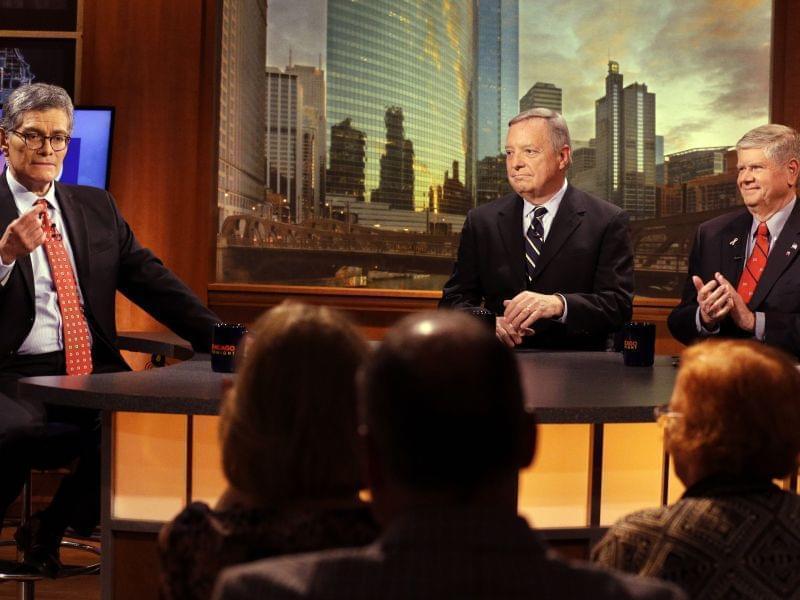