Illinois U.S. Senator Dick Durbin says it’s too early to say who could come away with the GOP nomination for President.  The Democrat and Senate Minority Whip says with the Iowa Caucuses two weeks away, he believes even most Republicans couldn’t yet answer that question.

Durbin says in his experience, voters need to wait until early March, after a few primaries and caucuses, to get a true sense of who’s leading.

“He certainly has more staying power than I ever imagined," he said.  "And I can hardly explain Democratic voters, I can’t explain Republican voters.  But to think that half of them are committed to either Trump or (Texas Senator Ted) Cruz is nothing short of amazing.”

Durbin is endorsing Hillary Clinton for the Democratic presidential nomination.  He made his comments in a visit to the University of Illinois Friday.

The Iowa Caucuses are February 1, followed by the New Hampshire primary the following week, along with caucuses in Nevada and South Carolina later that month.  The Illinois primary is March 15. 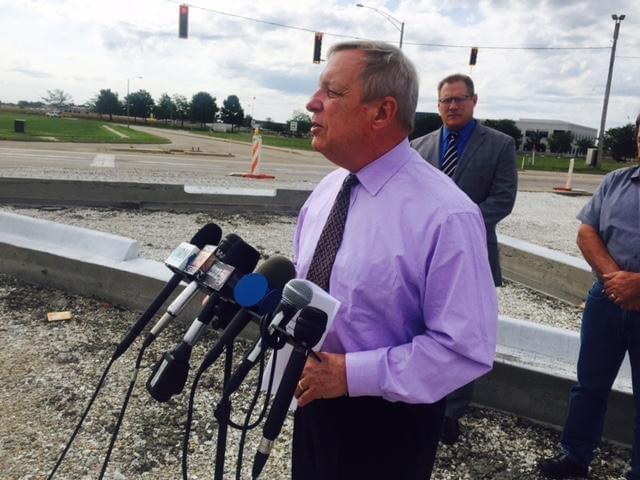