US Attorney General Eric Holder has said the leak that prompted the seizure of Associated Press (AP) phone records put the US at risk.

The AP has said the justice department secretly seized records of outgoing calls from more than 20 phone lines.

The seizure is believed to be linked to a probe into whether an AP story about a foiled terror plot was based on a leak of classified information.

The news agency called the seizure a "massive and unprecedented intrusion".

On Tuesday, Mr Holder said he had removed himself early on from the investigation that led to the records subpoena out of "an abundance of caution", because he wanted to avoid any conflict of interest.

He said he had been interviewed by the FBI in June 2012 in connection with the investigation into a possible leak of classified information.

The phone records were obtained for April and May last year, covering a period when AP published an article about a CIA operation in Yemen disrupting an al-Qaeda plot to blow up a US-bound airplane around the anniversary of the killing of Osama Bin Laden.

The May 2012 story was potentially embarrassing to the US authorities, coming shortly after they had informed the public there was nothing to suggest any such attack had been planned, say correspondents.

Speaking to reporters on Tuesday, the attorney general said: "I have been a prosecutor since 1976 and I have to say that this is among, if not the most serious, it is within the top two or three most serious leaks that I have ever seen.

He told reporters the decision to go ahead with the Associated Press records subpoena was taken under the supervision of Deputy Attorney General James Cole after he removed himself from the inquiry.

The justice department has provided no specific explanation for the scope of the seizure. AP chief executive Gary Pruitt wrote in a letter there could be "no possible justification for such an overbroad collection".

In a response to Mr Pruitt on Tuesday, Deputy Attorney James Cole said such records were only subpoenaed after "all other reasonable investigative steps have been taken".

He said in the AP case this had included "conducting over 550 interviews and reviewing tens of thousands of documents".

Mr Cole said the content of the calls had not been part of the seizure.

Records for the phone lines of five reporters and an editor who were involved in the AP story were among those obtained.

AP said the seizure of records included general switchboard numbers and a fax line at its offices in New York, Hartford, in Connecticut, Washington DC and the US House of Representatives.

The story has prompted fierce criticism from both Republicans and President Barack Obama's Democrats in Washington, raising questions about how the White House is balancing the need for national security with privacy rights.

White House spokesman Jay Carney said earlier on Tuesday that Mr Obama had no knowledge of the justice department's actions on the AP subpoena other than what he had read in press reports.

Mr Carney said: "I can tell you that the president feels strongly that we need... the press to be able to be unfettered in its pursuit of investigative journalism.

News organisations are typically notified in advance if the government seeks such information and are given time to negotiate or go to court to block the seizure. The AP says it was first informed of the matter on Friday after the fact.

The Obama administration has aggressively investigated disclosures of classified information to the media, bringing more cases against people suspected of leaking such material than any previous administration, correspondents say.

Mr Holder himself appointed two US attorneys to investigate leaks related to national security, including the Yemen plot and cyberwarfare revelations in June 2012.

Some Republicans criticised the move as not enough, calling for the attorney general to appoint a special prosecutor. 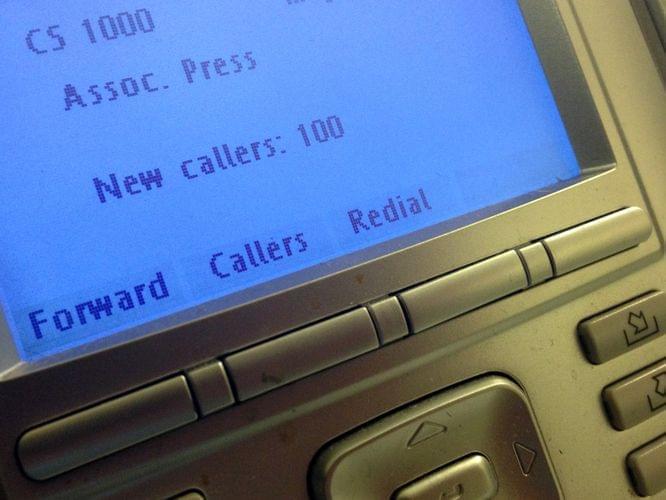