For Champaign County, IT Maintenance Is Another Infrastructure Challenge

For city and county governments, maintaining infrastructure applies to buildings, roads and vehicles. But in recent years, that list has increasingly included information technology. In Champaign County, local officials are trying to come to grips with what they need to keep their IT up to date.

Champaign County’s director of IT, Andy Rhodes, got started with the county’s computer systems in the 1980’s. Back then, IBM’s AS/400 platform (later rebranded as the IBM System i) was new, and some of the software running on it was custom-made for the task at hand. Today, Champaign County still relies on a version of the AS/400 and those custom-made programs, and the one county employee who knows the programming language they’re written in. He's the county's senior business applications developer, Bill Simmering. Rhodes introduced him at the first meeting of a special county board IT planning committee.

"Bill’s responsible for all of our AS/400 programming," Rhodes told the committee. "And he’s going to be retiring at the end of December. So his skill set is not replaceable. They currently don’t teach the language that our AS/400 programs are written in locally any more."

Those old programs are still used for things like accounting and keeping property records. But Champaign County’s IT systems have expanded since then, with newer, or relatively newer, software handling everything from death investigations in the coroner’s office, to storing bodycam and dashcam videos for the sheriff’s department.

County Executive Darlene Kloeppel told the committee that they need a plan for keeping abreast of all of their IT, so something like loss of support from a software company, or the impending retirement of a key employee doesn’t catch them off guard.

“What we’ve done is we have no plan, so we have no estimated life," said Kloeppel. "And so what happens is, we just wait until something is like falling apart. And then we say, 'oh my gosh, we have to deal with it in an emergency situation.' That’s what we’re trying to avoid.”

The IT Planning Committee has worked out a tentative six-year plan for replacing and upgrading the county’s computer hardware and software. The plan goes before the Champaign County Board for its approval on December 19. The plan's estimated price tag totals more than $20 million in initial costs. That doesn’t count five projects which the costs are listed as “unknown”. The most expensive item for which numbers are given is a 3-year project, starting in 2021, to replace case management software used by the Champaign County court system. Its deficiencies have drawn complaints from several departments. The new system is estimated to cost $15 million. County Board Chairman Giraldo Rosales says he doesn’t yet know how that will be paid for.

"It’s [the costs] all projected, but we don’t have any concrete numbers," said Rosales.

When asked if there was particular funding set aside from the new judicial software, the county board chairman said, "Not at this time. Unless we open up a couple of casinos in town."

Along with replacement costs, there’s the matter of each system’s annual ongoing costs, which the IT plan gives an estimated total of about $2.1 million. Again, numbers for some projects are listed as unknown. County Executive Kloeppel says finding the money to keep IT up to date is a problem for many county governments.

“No, I think we’re pretty typical, actually," said Kloeppel. "Especially the smaller counties that might not have huge budgets. It’s really difficult to keep up with IT changes which have happened over the years. And every county, regardless of size, is required to do the same legal things, in terms of record keeping and FOIA requests. It’s difficult to keep up.”

There is money identified for some of the projects in Champaign County’s new IT plan. Those are the ones in the new county budget that starts in January 2020. They include financial software, the county’s oldest, dating back to the 1970’s. That’s one of the software packages running on the AS/400, which is itself slated for replacement in a couple of years by a new version of the same platform. Andy Rhodes, the IT director, says there aren’t many software packages suited to their needs being made for the AS/400 these days, but Champaign County still needs it to run the old software. And as long as the county needs the AS/400, they’ll need Bill Simmering, who’s expected to be available in retirement, to help out  on a part-time basis.

(UPDATE: This article was revised to note that the I-T Plan goes before the Champaign County Board for approval at its December 19 meeting. - JM 12/13/19) 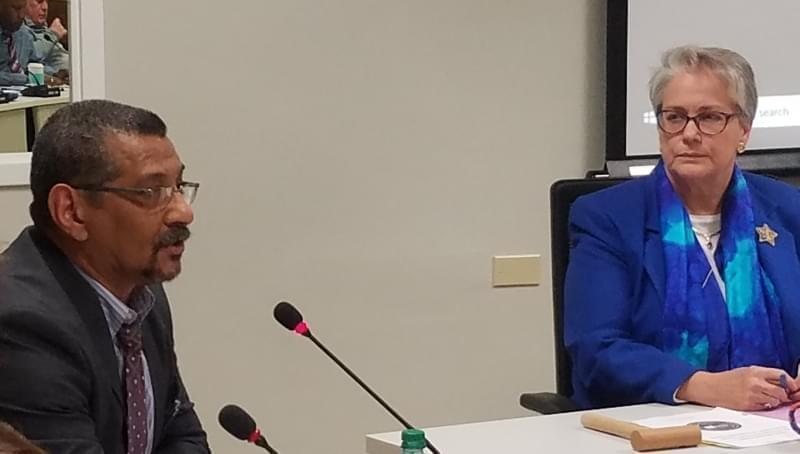