State Treasurer Mike Frerichs is among the first Illinois officials to endorse a candidate in the 2020 Democratic presidential primary, and he's backing Elizabeth Warren.

Frerichs made the announcement seemingly out of the blue this week. Other statewide officeholders — including Governor J.B. Pritzker — have so far kept out of the crowded Democratic primary.

He said Warren “stands out” among the 20-plus candidates — and particularly likes her plan to cancel student loan debt for a large swath of Americans, paying for it with a wealth tax.

“I sat on the sidelines for a while, listened to all the candidates, and determined that she’s the best person," Frerichs said before the Democratic County Chairs' Brunch on Wednesday. "Her life has been devoted toward studying the hollowing-out of the middle class and what we can do to change that.”

Frerichs said he's watched Warren in debates, seen her in public, and talked with her personally.

“I think that she talks about financial industry reform, she fights for consumers, she’s fighting on behalf of students to get a better education and those are things we fight for in the treasurer’s office," he said.

Frerichs said he simply wants to let the public “know where he stands.”

Warren and fellow Sen. Kamala Harris are the only presidential candidates who had tables at this year’s County Chairs’ brunch — among the largest gatherings of Illinois Democrats all year. 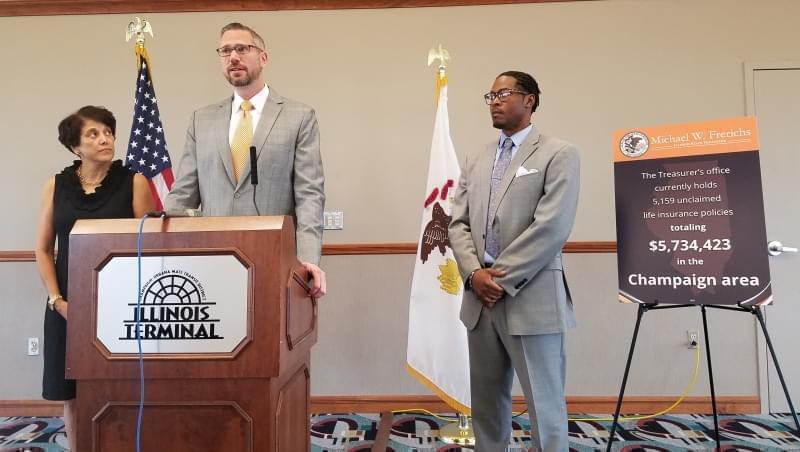