Governor Bruce Rauner came to the University of Illinois’ Urbana-Champaign campus Wednesday to sign a bill streamlining the procurement process for state institutions.

The bill (SB 8) regulates purchases throughout state government. But the measure is one that state universities have particularly wanted to speed up the process of purchasing goods and equipment.

Rauner said the bill isn’t perfect, but it will make the procurement process easier for both vendors and state agencies like universities.

“This bill can benefit the U of I as quickly as any other entity in the state, by immediately allowing purchases to go forward to get research projects off and running”, said Rauner, “And, based upon the estimates I’ve heard, this can save the university tens of millions of dollars every year.”

And Rauner says the savings will be even greater for other state agencies, from Central Management Services to the state prison system.

“This bill will allow us to save hundreds of millions of dollars every year”, the governor said. “This is big stuff, and it’s wonderful. This is major progress for the people of Illinois.”

A little later, Rauner said that his administration estimated that procurement reform would, in time, save the state $250 million to $300 million a year.

Rauner signed the bill in the top floor of the tower at the university’s Beckman Institute for Advanced Science and Technology. The institute’s director, Prof. Jeffrey Moore, said he welcomed the measure. Moore said Illinois’ complicated procurement rules have made it difficult for researchers to obtain vital but obscure equipment and parts at good prices, because many suppliers find them too complicated to bother with. He gave the example of a researcher who was seeking a part that was made by only one small company.

“And this particular company, which is a small company and doesn’t have a lot of business, but is the only maker of this research part, was not willing to learn the process of our complicated system and chose not to participate in the bidding process”, said Moore, “which meant that the researcher was not able to do the research that they needed to do, because they couldn’t get this part.”

The measure, which takes effect immediately, modifies procurement rules that were put in place in response to corruption during the Rod Blagojevich administration.

Gov. Rauner called the effort well-intentioned, but said it’s difficult to regulate ethics, and the result is often a surplus of paperwork. He said his own administration supported a different approach.

“We’ve made an effort to try to encourage ethical behavior”, said Rauner, “and encourage good government, but try to also balance that with making government  efficient and effective and transparent.”

Rauner was joined at the bill signing by two of SB8’s co-sponsored, State Senator Chapin Rose of Mahomet (who had sponsored his own procurement reform proposal in 2015) and State Representative David Olsen of Downers Grove. Both lawmakers are University of Illinois graduates, and Olsen served as Student Body President.

Illinois Public Media is part of the University of Illinois, and thus will be affected by the new procurement law. 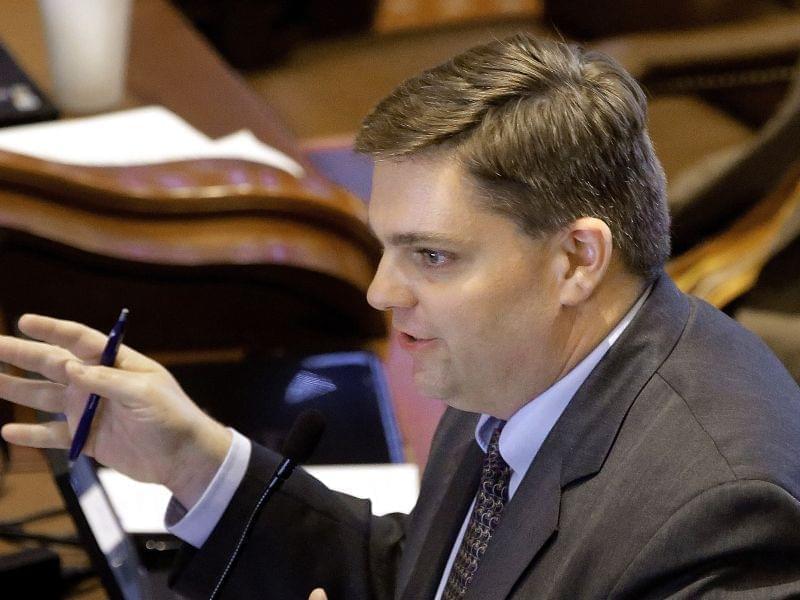