The budget stalemate has meant no state funding this year for state universities, community colleges and MAP grants. A central Illinois Republican says he has a solution.

State Senator Chapin Rose of Mahomet proposes restoring higher education funding, although somewhat lower than in the past. His proposal would fund state universities at 80% of last year’s levels and community college at 90 percent; MAP grant funding would remain at the same level as last year.

To pay for the restored funding, Rose wants to tie the bill to another measure that would institute procurement reforms that would save money by streamlining how public bodies buy goods and services. He says the savings would make it possible to direct nearly $1.7 billion to higher education, even without a state budget.

Democrats passed their own higher education funding bill this week, but Rose says that measure would only fund community colleges and MAP grants, with nothing for state universities. And he says it doesn’t identify a funding source. He says its Senate sponsor, Chicago Democrat Donne Trotter, all but admitted his bill wasn’t realistic.

“He actually said, I’ll quote it, ‘if nothing else, let this be the start of real action being taken in this chamber,’” said Rose. “So he knew the bill that passed yesterday wasn’t going to be real. So our thought is, hey, here’s something else, Senator Trotter. And you better believe, he’s going to be one of the first calls I make, as we start to build support to pass this.”

Rose says state universities have sought procurement reform for years. In a news release he notes that the current procurement code added as much as $70 million to yearly expenses at the University of Illinois, according to former President Robert Easter. Rose cites problems with procurement at Eastern Illinois, Southern Illinois and Illinois State Universities as well. He says university president might put pressure on Democrats to support their measure.

Rose outlined the proposal at a news conference held Friday on the campus of the University of Illinois Urbana campus. He was joined in front of the Alma Mater sculpture by co-sponsor Dale Righter (R-Mattoon).

Righter said he and Rose were serious about finding Democratic supporters for their measure. He envisioned that the first Democrats they would contact about their proposal would be Sen. President John Cullerton, and Sen. Scott Bennett, whose district includes the University of Illinois campus, and who had proposed his own higher education funding measure.

“If we can get it out on the floor, if we can make whatever accommodations that the Democrats would like in the procurement stuff and still keep the governor’s support and move it out of the Senate, then we’ve still got an opportunity to put it on the doorstep of the House,” said Righter, “and put some pressure on the person who has been the obstructionist here, and that’s the Speaker”, referring to Illnois House Speaker Michael Madigan.

State Sen. Jason Barickman (R-Bloomington) also supports Rose' measure. In a news release, Barickman states, "We know our next budget will require a mix of reforms, cuts and revenue to balance. This is a good step toward making that happen."

The procurement reform proposal joins another Republican measure --- sponsored by State Representative Chad Hays (R-Catlin) that ties higher education funding to a bill to expand the governor’s powers to move money around in the budget. 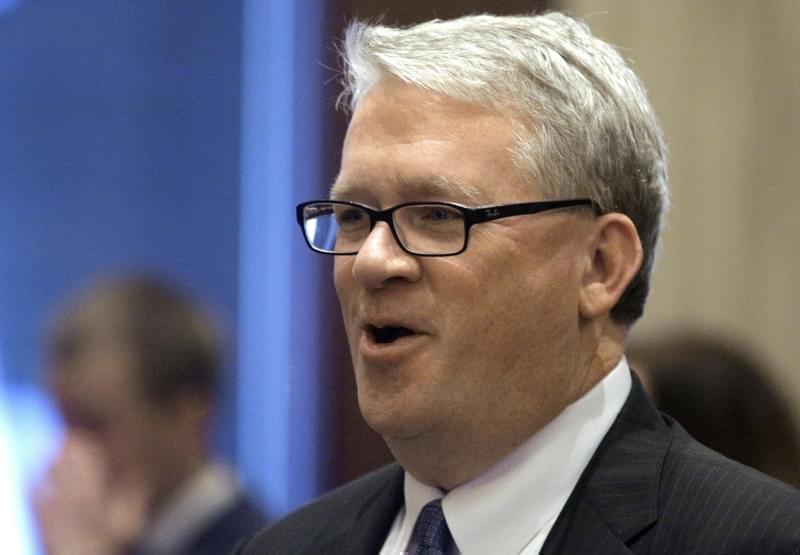