A last-minute donation appears to have saved one of the area’s remaining drive-in movie theaters.

Ben Harroun is the manager of the Harvest Moon Drive-in in Gibson City. He said the $10,000 gift from Neal Tire will let the theater just make its $165,000 goal to convert to digital projection.

Harroun said so many theaters are now making jump to meet this requirement that there is a backlog of requests. But he said Harvest Moon got in a request at the deadline to install that equipment, which is a bit more challenging for an outdoor theater. 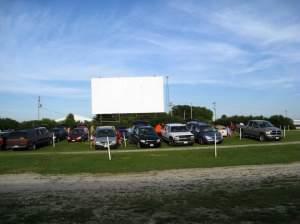 Harroun said the majority of the donations did not come from businesses, but longtime patrons of the theater.  He said the fundraising awards program that was similar to a kickstarter campaign generated more than 700 donations, some from as far away as Australia and Africa.

The Harvest Moon is slated to reopen in time for another season at the end of March, with the movies “GI Joe: Retaliation” and “Oz: The Great and Powerful.”