Rauner was interviewed on stage at the Hyatt Regency Hotel in downtown Chicago by his neighbor, David Kahnweiler, at a breakfast event for realtors, sponsored by Real Estate Publishing Group. Rauner and Emanuel have been publicly fighting in recent weeks over the finances of Chicago Public Schools, and Rauner’s rendition of the first time he met Emanuel shows how Rauner pushed Emanuel into investment banking so the future mayor of Chicago could make a lot of money in a short amount of time.

Here’s the transcription of Rauner’s story:

MODERATOR DAVID KAHNWEILER: Do you mind talking about Rahm a little bit?

KAHNWEILER: I’ve known you for a very long time. Rahm’s been at all the family events, the bat matzvahs and, I mean, I remember at, I think, at Meg’s bat mitzvah where you were in private equity and he was in Congress and you’re paying for dinner and he’s razzing you about threatening, you know, to raise taxes on your, uh…

KAHNWEILER: On capital gains. And your relationship has always been one of just needling each other. So is this just more needling going on in the last few weeks or is it getting to be a little sharper than needles?

KAHNWEILER: Tell ‘em how you met.

RAUNER: Laughs. Alright. This could be too long a story, but I’ll try to condense it. So, so I didn’t know who he was, but I was friends with a guy named Erskine Bowles who was an investment banker and then he became Clinton’s chief of staff. And Erskine was a good friend of mine. Erskine Bowles calls me up back in, uh, mid-90s, late 90s. And he said, uh, ‘Hey Bruce, we got this young kid in the White House who’s advising Bill Clinton but he wants to leave the White House and go into, into business and make some money and then maybe run for office later or whatever. But he wants to leave and go home to Chicago. Will you sit and talk to him, give him some advice for me? Just do me a favor.’

And I said, ‘Well, let him know I’m not a big fan of his boss and, you know, don’t have him come in here thinking he’s hoighty-toighty, or whatever but I’ll talk to him.’

And so, so he comes, he comes in and sits down in the corner office. I thought his name was Ron. I didn’t know what his - you know? I sit with him and the first words out of his mouth, he says, ‘Hey, how are ya? I want – I hear you got a great firm. I want to be a partner here.’

‘Yeah. No. I hear you got the best private equity firm in, in Chicago. I want to work here. I want to be your partner.’

‘Whoa. OK. Hi. How are you? Who are you? What are you talking about?’ And we proceeded to fight for 20 minutes about why he was gonna join my firm and be my partner. I didn’t even know who he was. And I said, ‘Wait a second. Calm down. So, have you ever been in business?’

‘Do you know anything about finance?’

‘Do you, do you know what a balance sheet is?’

And he said, ‘No, no. I’ll be great. And I’ll find ya deals and I’m hustling. I got relationships and I’ll be great.
And I said, ‘Wow. I – You seem like a bright guy. You’re pretty funny. I mean, you got, you got some testosterone like I haven’t seen in a while. And, and, uh, look, if you want to be - if you want to be trained, I’ll train ya and you could start as an associate.’

I said, ‘Well, it ain’t happening so stop saying that.’

And I said, ‘Look, you seem like a bright guy. If you wanna – we’re an apprentice business. We do make a lot of money.’

And he said, ‘Yeah, that’s what I want. I want to make a lot of money. That’s why I want to be your partner.’

I said, ‘OK. Well it ain’t happening in our business. Forget about it. And if you want to make money fast and you don’t have to show any judgment, go into investment banking.’

‘You get paid in the front end putting deals together. You don’t have to take any risk and you make lots of money. You should go into investment banking.’

And I said, ‘Look, that’s my advice. There’s the door. Don’t let it hit ya on the way out.’ I literally said that to him.

(Grunts, mocking a noise Emanuel made)

He gets up in a huff. Storms out. Whatever.

And I get a phone call about 60 days later.

So he said, ‘Yeah well obviously I didn’t like what you said.’

He said, ‘Well, so, but I’m taking your advice. So I’m gonna be – I’m the managing director at the Wasserstein Perella office in Chicago.’

And he says, ‘So who covers you from Wasserstein?’

He comes over. You know what? Starting [that] Tuesday and for the next three and a half years, best investment banker I ever worked with. Relentless. Smart. Networking. He brought us two of the best deals we ever did. To say thank you, I bought him three great deals for his firm. IPO. M&A. Good relationship. And we kicked the stuffing out of each other almost every day. And we fight. We argue. We, you know – but, you know it. I respect him. He respects me. 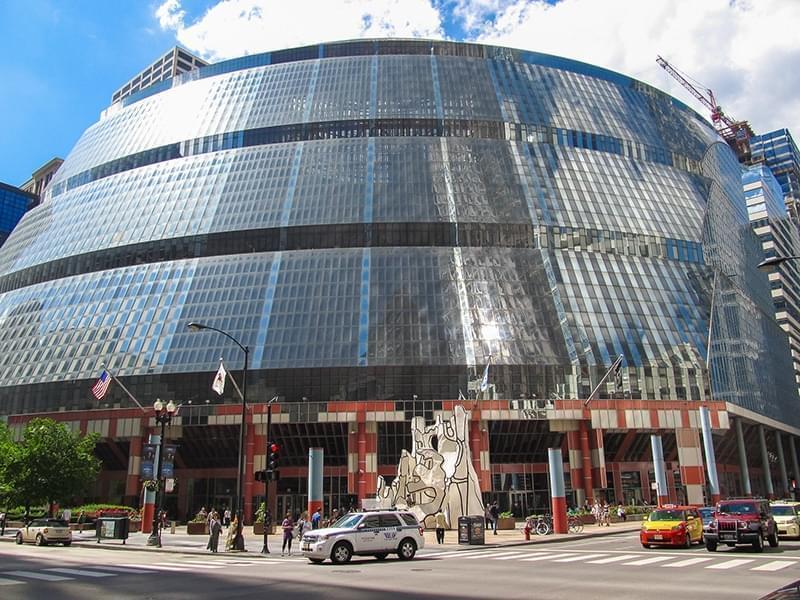