The Illini men's basketball team survived an opening round tilt against Northwestern, beating the Wildcats 74-69 in overtime Wednesday night at the Big Ten Tournament in Chicago.

Giorgi Bezhanishvili scored 26 points before fouling out in regulation. Trent Frazier finished with 21 points. Frazier identified the turning point in the game.

“I think the biggest thing for us tonight is when Giorgi fouled out, we didn’t let that bother us," Frazier said. "We had a lot of confidence, you know, every time coach was asking us ‘Where the dogs at, where the dogs at?’ We took that personally, huddled each other up, and we locked in on defense, got stops.”

"He's come so far. He now understands where he's getting his shots from," Underwood said. "The thing that I'm really proud of is that ten days ago, two weeks ago, whenever we played them, Pardon really had his number. He's taken that challenge himself."

Northwestern senior and leading scorer Vic Law did not play after suffering a laceration in the final game of the regular season.  A.J. Turner led the Wildcats with 20 points. Pardon added 17 points in his final game for the Wildcats.

Andres Feliz added 11 points for the Illini, and grabbed a game-high 10 rebounds.

The Illini will play Iowa in the final game of Thursday's session, with tip time around 8:30 pm. Four Big Ten Tournament games are on the Thursday schedule. The first game features Indiana and Ohio State, and tips at 11:30 AM. Maryland faces Nebraska after that, at about 2:00pm. Nebraska defeated Rutgers 68-61 in the tournament's opening game.

After that, Penn State and Minnesota will square off at 6 pm. The Illini-Iowa game will tip approximately 25 minutes following the conclusion of that game. 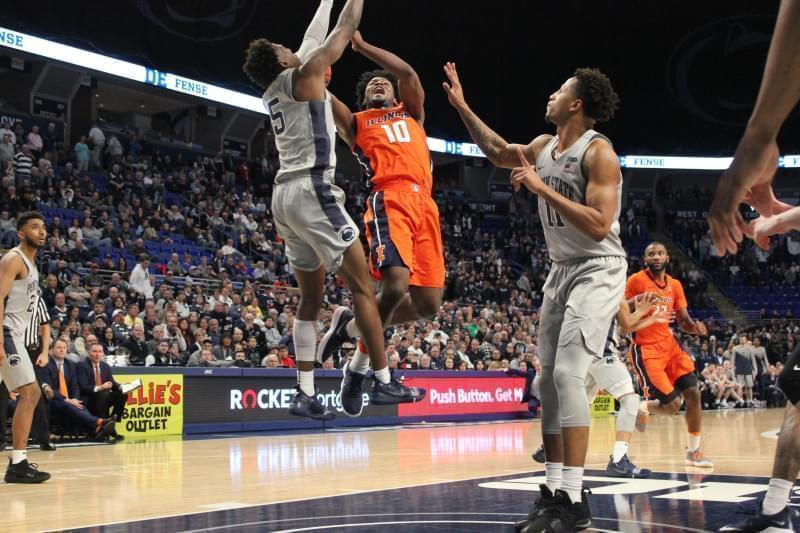