Ayo Dosunmu and Trent Frazier scored 15 points apiece, and Giorgi Bezhanishvili added 13 to lead the Illini. But Frazier said the win came at the other end of the court.

"We're so dialed in on defense," Frazier said, "and everyone's so confident to sit down and guard the ball, and guard whoever their best player is, and take it away."

Prior to the game, Coach Brad Underwood emphasized Buckeye guard Luther Muhammad as the man to stop. The plan worked. Muhammad was 0-for-6 from the floor, and scored just two points.

Ohio State connected on just 2-13 shots from behind the three-point line, and 15-34 inside of it.

Dosunmu repeated the late game heroics that won him Big Ten Freshman of the Week honors last week, again connecting on a pair of three-pointers in the game's closing minutes. The clincher came with 29 seconds remaining, and Illinois clinging to a three-point lead.

"I've just got that mentality, like, we're on the road, we're up, and we don't got nothing to lose," Dosunmu said. "Nobody in this building is expecting me to make that shot, only my team, my family."

It's a stunning turnaround for a team that didn't beat a major conference opponent until the final week of January. That included the Buckeyes, who beat the Illini soundly in early December, at the United Center.

Underwood said his youngsters have grown up since they lost that game 77-67.

“We’re playing a lot of freshmen, and those freshmen were in the infant stages of understanding what college basketball is about,” he said.

Frazier added his teammates have learned to trust their coaches' instructions.

"I continue to trust Coach Underwood's process," Frazier said. "Guys have bought into his system. We've all done that. We're working so hard, in practice we get after each other. It's a bloodbath in practice."

Point guard C.J. Jackson led the Buckeyes with 17 points, but also committed a game-high 7 turnovers. Big man Kaleb Wesson added 11 before fouling out. His back-up, Kyle Young, also fouled-out of the game. That helped Illinois keep the rebound margin close, a 35-33 advantage for the home team.

It was the first Illini win in Columbus since 2009.

The Illini return to action Monday night in Madison, Wisconsin. That game tips at 7 pm. 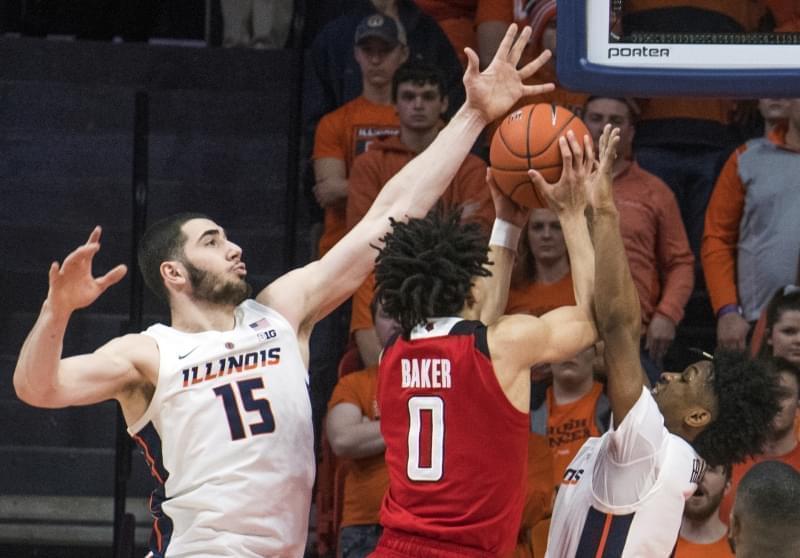