An epic comeback literally slipped away from the Illini men's basketball team last night, when a driving Ayo Dosunmu lost his footing and crumpled to the floor as time expired in a 70-69 loss to Michigan State.

With six seconds remaining, the Spartan's Xavier Tillman dunked the final basket of the game. Dosunmu took an inbound pass and sprinted toward a game-winning basket. But he never got there.

Coach Brad Underwood said the final score pales in significance to the health of his star, and that Dosunmu's status is unknown.

“You get a knot in your stomach when you have one of your guys go down, Ayo slipping here at the end," Underwood said. "We don’t know anything, we won’t know anything, we’re not gonna release anything until we do know something. Something like that, that happens, the game becomes secondary.”

Dosunmu and Andres Feliz rallied the Illini from a 20-point second half deficit, scoring 15 and 12 points, respectively, in the game's final minutes.

Kofi Cockburn put Illinois ahead with 19 seconds remaining in the game, converting the team's 17th and 18th consecutive made free-throws. Cockburn said he didn't see the final play, but was praying for his teammate.

“We have no idea what happened to Ayo. I love Ayo, that’s my brother," Cockburn said. "He checks on me off the court, always makes sure I’m doing good in school. It’s everything except basketball with Ayo, and that’s why it hurts me so much to see him fall like that. And I hope he’s good, I’m just praying.”

Rocket Watts led all scorers with 21 points for the Spartans. Tillman finished with 17 points and a game-high 11 rebounds.

Dosunmu finished with 17 points and Feliz added 15 for Illinois.

Michigan State improves to 9-5 in the Big Ten and 17-8 overall. Illinois is now 16-8 on the season, 8-5 in conference. The Illini return to action Saturday at Rutgers. That game tips off at 4pm CT. 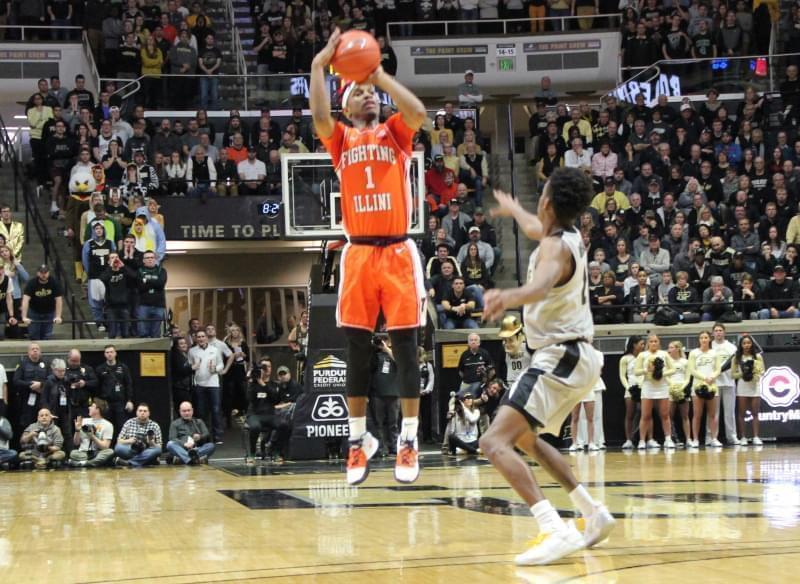