The Illini men's basketball team beat Purdue 63-37 last night in Champaign. In a series that dates back to 1906, it was the lowest point total for the Boilers since a 34-32 Illini victory in 1942.

Alan Griffin led Illinois with 16 points and a career-high 12 rebounds. It was his first career double-double. Trent Frazier and Kofi Cockburn added 12 points each for the Illini.

Frazier was again tasked with guarding the opponent's biggest perimeter threat. In this case it was Purdue's Sasha Stefanovic. Frazier credited assistant coach Stephen Gentry for emphasizing defensive intensity with an unusual metaphor.

"I had to see what kind of toothpaste he used, you know, before the game, and I had to stay really close to him," Griffin said. "Because I know if he got it (a shot) up, with my height I wouldn’t be able to contest it, so, you know, I used my speed and my quickness to stay with him."

“His motor, his energy, that he creates coming off the bench is phenomenal. He’s doing an elite job of running the floor, he’s finding his threes," Underwood said. "He goes to the glass every time, and that energy is what we look for coming in off the bench, and Alan’s doing that.”

Purdue converted just 15-60 shots from the field. That 25-percent shooting is worst in the Boilermakers' recorded history. Purdue also made just 3-17 shots from three-point range.

The Illini return to action Wednesday night at Wisconsin. That game tips at 8 pm. 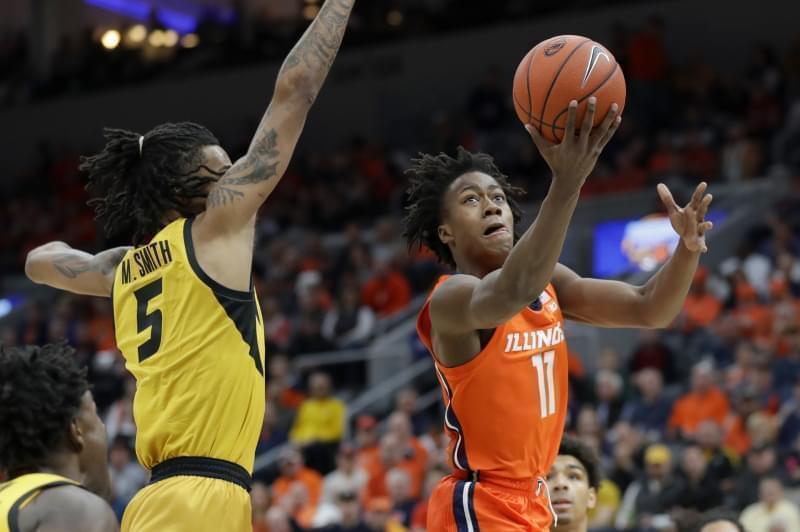