The Fighting Illini will play the Bulldogs of Louisiana Tech in the Zaxby’s Heart of Dallas Bowl, December 26th at Cotton Bowl Stadium in Dallas.

The NCAA announced the pairing on its website late Sunday afternoon.

Tickets for the game went on sale at fightingillini.com shortly after the announcement.

The pairing will put Illinois players up against one of their former teammates. Defensive end  --- and Louisiana native --- Houston Bates transferred to Louisiana Tech last February to be closer to home.

Illinois Coach Tim Beckman says Bates has been doing a great job for the Bulldogs, just as he did for the Illini.

“I’m more of a defensive-minded coach", said Beckman at a Sunday telephone news conference held by the Heart of Dallas Bowl organizers. "And of course, Houston was big for us defensively, because he was involved in our defensive packages. And he really was a leader of what we had here defensively.”

Illinois’ previous game against Louisiana Tech was in 2012, when the Bulldogs were winners, 52 to 24.

Since its inception in the 2010 season, the Heart of Dallas Bowl has featured Big Ten Conference teams playing teams from the Big 12 Conference or Conference USA.

Illinois comes to the latest Heart of Dallas Bowl with a season record of 6-6 and a Big Ten Conference record of 3-5.

The Louisiana Tech Bulldogs are 8-5 overall and 7-1 in Conference USA. The Bulldogs lost to Marshall 26-23 on Saturday in the C-USA title game.

The Illinois/Louisiana Tech matchup marks the first time either team has been slated for this particular bowl game.

Both teams made their last bowl appearances in December of 2011. Illinois beat UCLA 20-14 in the Kraft Fight Hunger Bowl in San Francisco. And Louisiana Tech lost to TCU 31-24 at the Poinsettia Bowl in San Diego.

This season’s Heart of Dallas Bowl will mark the first time the game has been played before New Year’s. Previous games were played on January 1st or 2nd.

The Heart of Dallas Bowl replaced the Cotton Bowl as Cotton Bowl Stadium's annual bowl game. The stadium's namesake game moved to the Dallas Cowboys' AT&T Stadium in 2010, and is now known as the Cotton Bowl Classic.

UPDATE: This story was updated to include comments from Illinois football coach Tim Beckman - 12/7/14 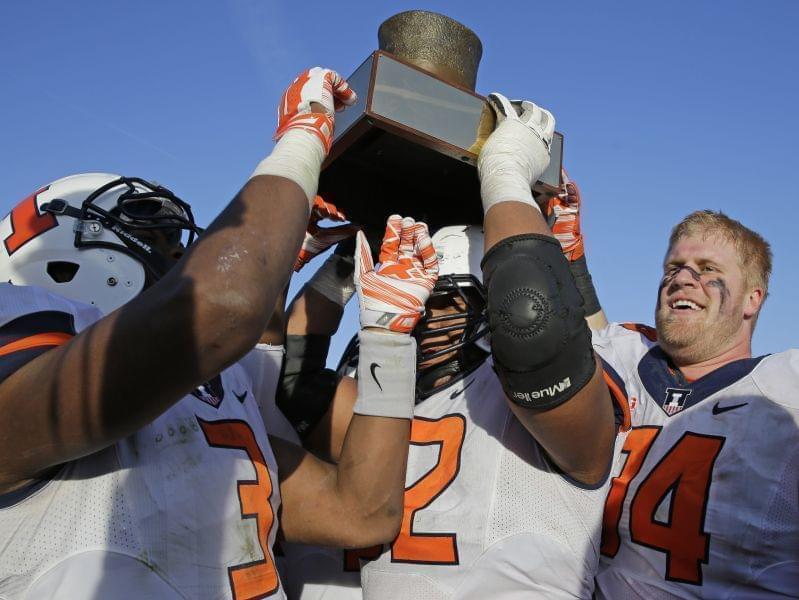