The Fighting Illini volleyball team topped a familiar opponent on Saturday to reach the NCAA Final Four for the first time since 2011.

"When I first came out here, just the look on everyone's face, like, 'Where do we go from here?'" Tamas said. "And now here's where we are, two years. Really impressive job by everyone here at the table, and the whole team. We really do have a whole team of people who are awesome."

Senior setter Jordyn Poulter, who was named the NCAA Regional's Most Outstanding Player, said it was special to get the win in front of a sold-out home crowd of 4,152 at Huff Hall.

"It was just a very special moment for that to be our last game at Huff," Poulter said, "To end it with a 'W,' I think that's something that I'll take with me forever."

Illinois started strong, hitting an outstanding .515 in the first set, and Wisconsin never threatened. But the Badgers would fight back to take the second set 25-15, as strong serving from Wisconsin, combined with some shaky Illinois passing helped even the match at a set apiece.

"I thought Wisconsin got after it from the service line," Tamas said. "And (they were) able to put us in some positions that were uncomfortable. I didn't think we managed our swings that well."

The third set was tight throughout before Illinois claimed a 25-22 win. In the fourth set, the Illini jumped out to a 16-8 lead, but Wisconsin came roaring back to get within two points at 18-16.

Wisconsin fought off two match points at 24-21, but Beth Prince put the match away for Illinois with a kill from the left side to give the Illini the fourth set 25-23, and the match 3-1.

Senior middle blocker Ali Bastianelli was one of three Illini named to the NCAA Regional All-Tournament team. She said it was rewarding to get the win over another Big Ten opponent.

"I think it's great that we got to play a Big Ten opponent that we know really well," Bastianelli said. "It was a fun battle. They were at their healthiest, and we were at our healthiest, and that's the way you want to win a match."

Junior Jacqueline Quade led the Illini with 25 kills. She joined Bastianelli and Poulter on the All-Tournament Team. Bastianelli added 11 kills and five blocks. Poulter had 51 assists from her setter position.

Illinois will get to face another Big Ten opponent in the national semifinals on Thursday in Minneapolis. Nebraska defeated Oregon in straight sets at the Minneapolis Regional to advance. Illinois head coach Chris Tamas was an assistant at Nebraska before coming to Illinois before last season.

Stanford and BYU will face off in the first semifinal on Thursday at 6:00pm central time in Minneapolis, with the Illini and Cornhuskers to follow in the second semifinal. The winners will play Saturday Dec. 15 for the national championship.

Stanford and Nebraska have combined for 12 national championships in women's volleyball, while neither the Illini nor the Cougars have ever claimed the title. 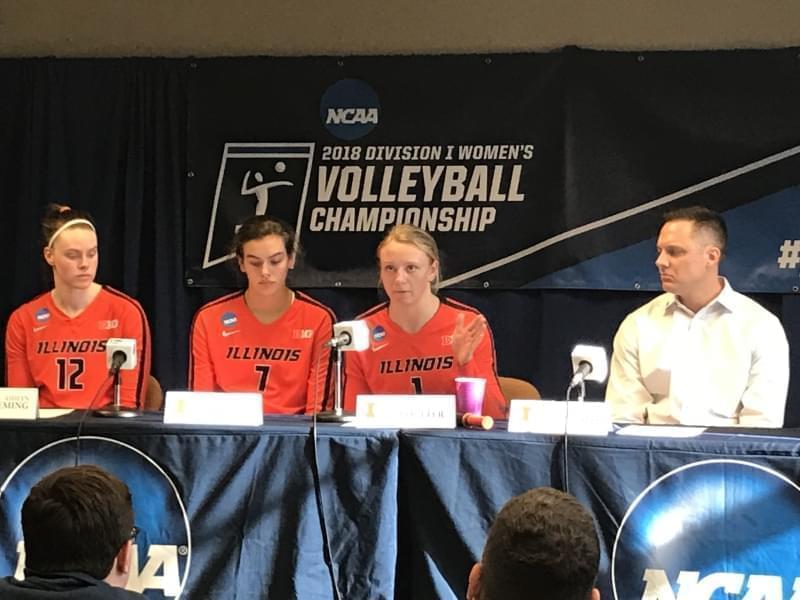 Illini Volleyball Advances To NCAA Round Of Eight 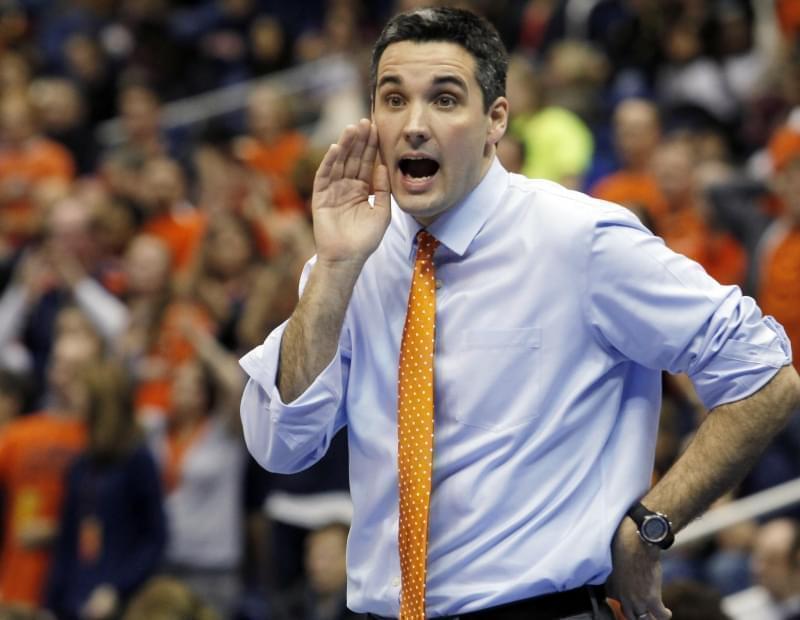 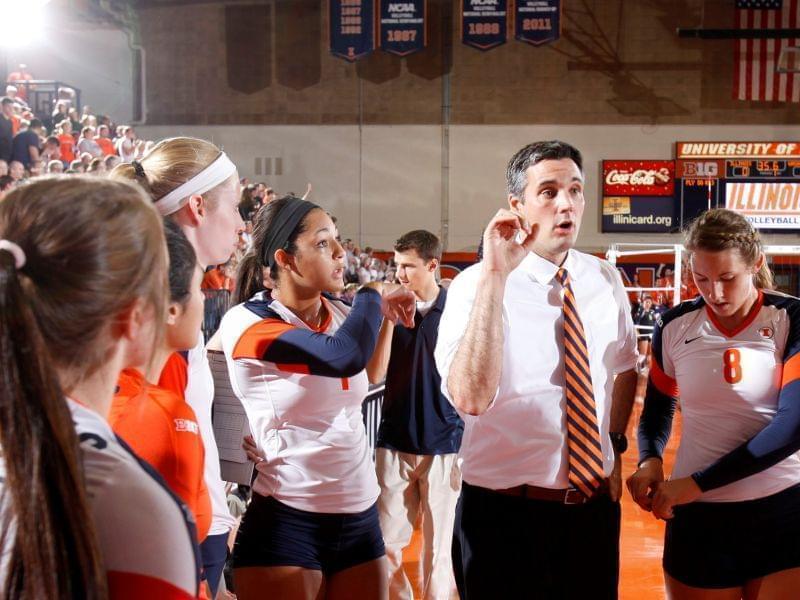 U of I Women’s Volleyball Team Welcomed Home By Fans