After a career that included stops at Nebraska, Iowa Western Community College and Virginia Tech, AJ Bush is getting a chance to play as a graduate transfer at Illinois, and he's helping to turn the program around. Bush ran for 116 yards and two touchdowns and threw for another in his return to the lineup as Illinois used a big ground game to beat Rutgers 38-17 Saturday, sending the Scarlet Knights to their fifth straight loss.

"It's important because they need to know how to win," Bush of his young team. "They need to know what it takes to win and how it feels to win, so when we win, then we can build that culture, build that experience with them and that just takes over and that's how you change the program."

Bush, who missed the last two games — both losses — with a hamstring injury, scored on runs of 3 and 41 yards in the first half. He iced the game with an 11-yard TD pass to Ricky Smalling early in the fourth quarter.

Reggie Corbin ran for a career-high 137 yards, including a 73-yard scoring dash, as the Illini rushed for 330 yards and had 419 yards in total offense. Mike Epstein added 41-yard touchdown run with 5:07 to go.

"That's exactly who we'd like to be — our personality," Illinois coach Lovie Smith said of the running game. "This is who we want to be. Offensively when you rush for over 300 yards, you have to be really excited about that."

The three wins in a season ties the most for Smith in his two-plus seasons. The Illini were 2-10 last season and winless in the league.

"It's huge for the program,' senior guard Nick Allegretti said. "Really excited for everyone in that locker room to experience that first one and it won't be the last."

Jonathan Hilliman scored on a 32-yard run and freshman Art Sitkowski added a 7-yard touchdown pass to tight end Travis Vokolek to get Rutgers (1-5, 0-3) within 24-14 at the half. Gavin Haggerty added a 20-yard field goal with less than six minutes to play, but Epstein scored on the first play after Illinois recovered an onside kick.

Illinois, which had seven interceptions coming into the game, picked three more, including one on the first pass of the game by Sitkowski (29 of 49 for 267). It set up a 39-yard field goal by Chase McLaughlin for a 3-0 lead after less than four minutes.

Hilliiman's TD run gave Rutgers its only lead, but Bush scored twice and Corbin went the distance in opening a 24-7 Illini lead.

"No one likes the feeling of losing," Rutgers defensive end Kevin Wilkins said. "It's hard, but we have to go back to work and correct the mistakes that we've made week in and week out. We have no one to blame but ourselves."

Illinois: If Bush (10 of 18 for 89 yards) can stay healthy, the Illini can score and win more games.

Rutgers: Things are looking bleak. The Scarlet Knights may not win another game this season.

Center judge Mike Conlin left the field in the third quarter to be examined on the Rutgers' bench. He returned the next series. He had apparently been hit in the head in the first half when a ball was thrown in from the sideline to be marked. There was an extra official who replaced him briefly on the eight-man crew. 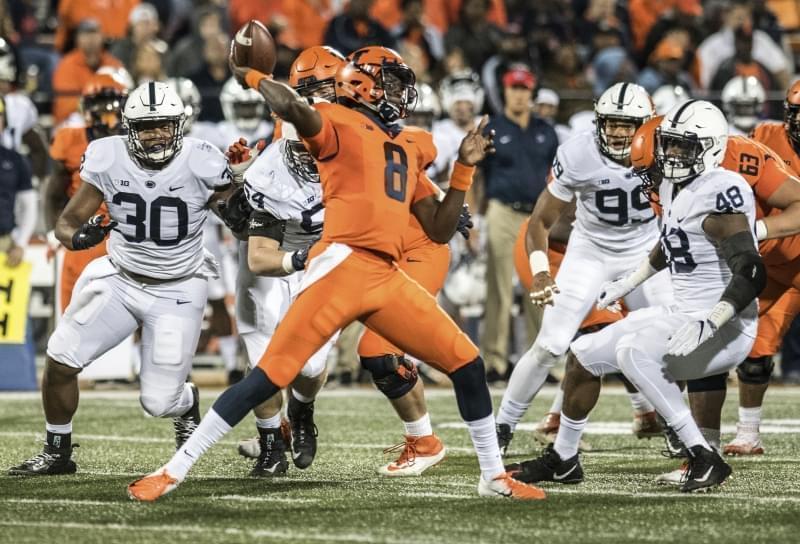 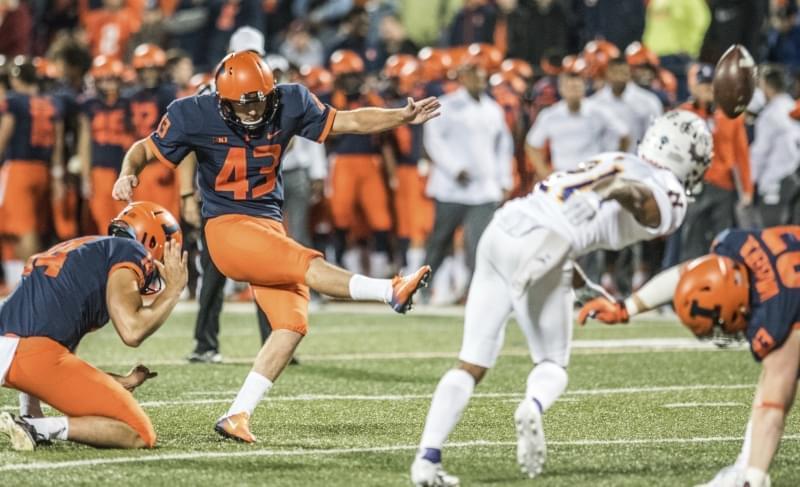