Illinois Democrats have sent another in a series of messages to Gov. Bruce Rauner by voting down elements of his pro-business agenda.  The House staged votes Friday on four different measures that mirror the Republican governor's proposals to change the state's workers compensation law.

All Democrats voted against three of the Rauner ideas, while Republicans just voted present. The only measure that passed would establish a review process for workers compensation rates.

Rep. Jay Hoffman (D-Collinsville) says Republicans just don't want to have to take tough, controversial votes - like deciding if Illinois should save money by cutting reimbursements for doctors who care for injured workers.

That's a reference to the medical industry's historical support for Republican campaigns.

Shortly after the vote, separate workers' compensation legislation was filed on the governor's behalf. Rauner says it's a "compromise" version.   Rather than making a business liable for a claim if the entire injury was caused by something that happened while a worker was on the job, he's scaled back a plan so half a workers' injury would have to be proven to be employment-related.

Democratic House Speaker Michael Madigan has spent two weeks scheduling votes designed to show that there is little support in his chamber for Rauner's priorities. 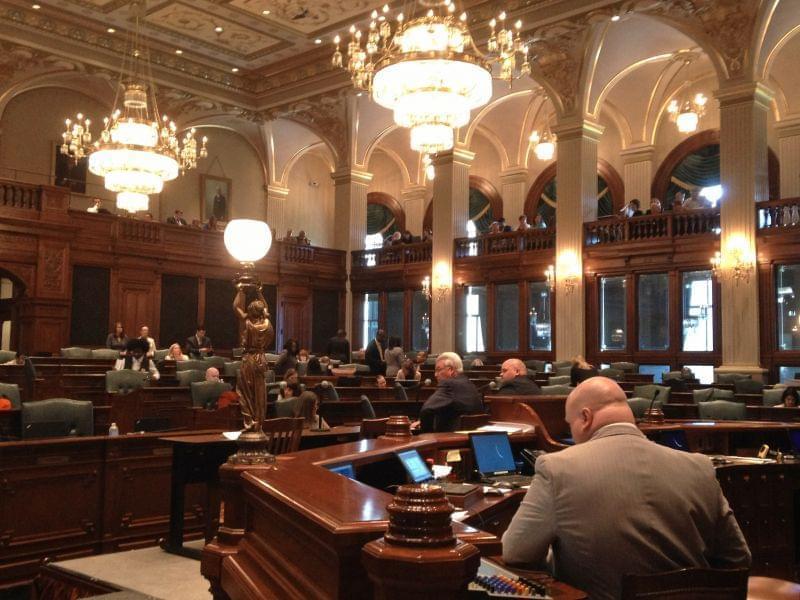