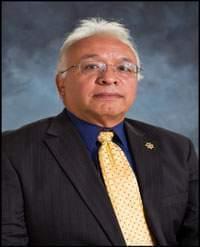 The head of Illinois' Department of Corrections will retire at the end of the year.

IDOC Chief Salvador Godinez was Governor Pat Quinn’s pick in 2011. Godinez has worked in corrections since 1973, first as a reentry counselor for the DOC, then in juvenile justice, eventually moving to top positions in the state's prison system.

Godinez caught some flak in January, when a former gang member landed a six-figure job with the department under his watch.

In his 3.5 years at the top of the D-O-C, Godinez has managed a prison system that’s past full capacity, dealing with facility closings and budget cuts to the department.

The job of Corrections chief is one of many that are likely to be filled with new people, when Governor-elect Bruce Rauner is sworn in next month.