Petina Dixon-Jenkins’ first born, Cole, died in her arms just minutes after he was born. His twin. Ava, died shortly after her birth a few hours later.

Because the Evanston woman went into labor four months into her pregnancy, the babies’ lungs were not developed enough for them to survive.

“Just seeing my first born and watching him slip away at the same time was unreal, and then trying to cope with that, and then within hours going through the same thing again, and losing my daughter. I just had never felt pain like that,’’ said Dixon-Jenkins, who is a communications manager for Rotary International.

After the twins’ deaths, they became an illustration of a grim phenomenon: Black babies are more than twice as likely as white infants to fail to live until their first birthdays. And Illinois is among the states where that racial disparity is greatest.

“In thinking about Illinois and the infant death rate by race and ethnicity, we know that there's a very stark disparity gap --34 percent of black African-American infants during …a two-year average did not make it to their first birthday," said Kweli Rashied-Henry, who is director of health equity at the March of Dimes.

Some of the factors driving that, experts say, are poverty, poor or lacking prenatal care, a propensity for African-American woman to have health issues like high blood pressure — and racism.

Tasha Green Cruzat, president of Voices for Illinois Children, an advocacy group,  said battling the racial gap in infant mortality is a high priority for her organization.

Several studies point to racism as driving the disparate infant mortality rates, she said, including one indicating that did it not matter what the economic status was of the mother who delivered too soon.

“There is an issue when it comes to stress in African American women,” she said. A study “pretty much concluded that the accumulation of experiences of … our African American woman, the racial discrimination that she experiences, produces chronic stress and brings on problems that constitute risk factors for pre-term delivery.”

“The stress is something that's inherent. It's been carried on from generation to generation. Being disrespected is stressful, being disrespected at work, or the environment that you live in, the conditions that you have to work. All kinds of things cause stress on the mom that caused her to have a miscarriage and caused her baby to die, not being given the right medication, not having the continuity of care,” Flowers said.

One of the changes that both the March of Dimes and Voices for Illinois Children support is an expansion of Medicaid insurance. Green Cruzat notes that a high percentage of African-Americans have Medicaid. March of Dimes wants the time mothers are covered extended. And Green Cruzat says the kinds of services covered– such as prenatal care and doulas to assist women during and after pregnancy – should be expanded.

A spokeswoman for  Gov. J.B. Pritzker, who is giving his budget address next week, skirted the direct question, but did say he wants to expand health care for all Illinoisans.

Green Cruzat has another idea, too:

“There needs to be some sort of sensitivity training with our doctors here in Illinois. …

I think that that is defintely something that needs to be closely looked at.”

Dixon-Jenkins, the woman who lost her twins early, went into her pregnancy in fear because her mother had lost a baby, and her sister had an infant born pre-term. Dixon-Jenkins doesn’t know whether race played a factor in losing her children. She did have a series of problems with the pregnancy like extreme back pains, but doctors assured her everything about her pregnancy was normal.

Dixon-Jenkins said after the loss of her babies, she found it difficult to think ahead.

But two years after the loss of her twins she got pregnant again — this time with the aid of high-risk pregnancy specialists.

She now has a four-year-old daughter and a two-year-old son, the babies she and her husband, Nathan, dreamed of before she learned she was pregnant with Ava and Cole. 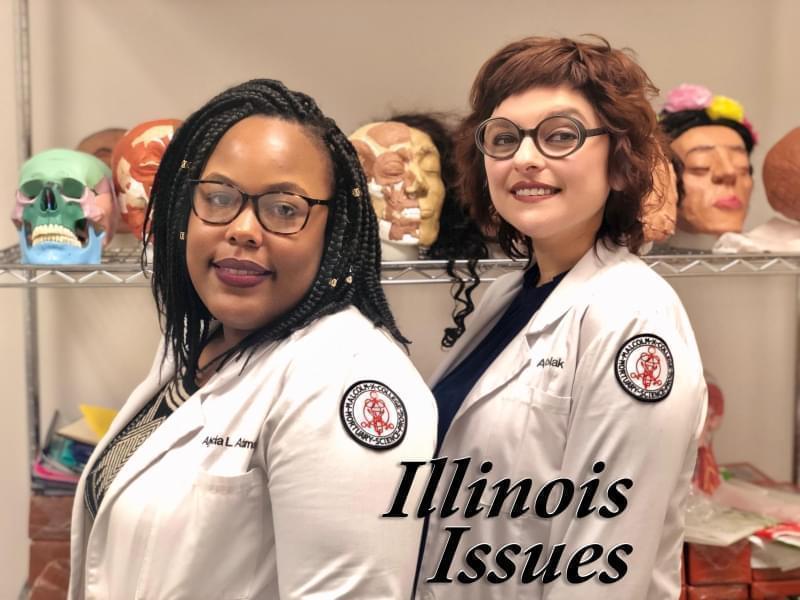