Nancy Hudspeth, who lived in Chicago for nearly 30 years, says she feels as if she escaped the state’s current fiscal problems when she left to pursue a teaching job in California two years ago. Before her move, Hudspeth spent six years analyzing Illinois’ finances with the University of Illinois’ Fiscal Futures Project.

“At the time when I was doing the analysis, it was like, ‘what’s the future going to be like for me and my family?’” She recalls working on the state’s long-term projections and realizing the outlook didn’t look promising.

The state’s finances have since worsened. Today Illinois stands neck-and-neck with New Jersey as they compete for worst fiscal condition in the country. Long- and short-term liabilities, debt incurred, as well as the political dysfunction that affects tax and budgeting decisions are all persistent issues in Illinois. Analysts say these issues will continue hurting fiscal prosperity if they go unaddressed. This is even as the Illinois General Assembly passed a budget earlier in the year after two years at an impasse.

California once faced some of the same issues now plaguing Illinois, and both states were competing for last place in fiscal rankings back in 2013. But California made several policy changes that gave the state better footing and improved fiscal rankings, just as it emerged from the country’s most recent recession. Groups that study these numbers across the country say reforms in several areas will improve Illinois’ current outlook as well. The question remains whether these reforms should mirror California’s actions despite the very different economic environments.

Illinois ranks 49th on the annual State Fiscal Ranking report published by the Mercatus Center, a university-based research center in Virginia. New Jersey is one notch below, at 50th. Both states’ rankings have fluctuated over the years, but have remained at the bottom, the worst performing states because of their “persistently large and growing liabilities.”

Long-term commitments, including unfunded pension liabilities and health care obligations, are to blame for Illinois’ current fiscal ranking, says Eileen Norcross, a senior researcher at the Mercatus Center and one of the report’s authors. Add to the mix the state’s inability to generate enough revenue to cover current expenses, and you get Illinois’ fiscal troubles.

For Fiscal Year 2015, Illinois had only 96 percent of the needed revenues to pay for all of its expenses. To compare, New Jersey had coverage for only 90 percent of revenue — the largest gap between revenue and bills in all 50 states, according to analysis by the Pew Charitable Trusts.

And the net pension liability for FY ’16 is around $116 billion, according to Illinois’ most recent Comprehensive Annual Financial Report (CAFR). The state’s current backlog of unpaid bills as of Tuesday stands at $15.6 billion.

“Consistently, for the past few years Illinois has had a very poor cash position,” Norcross says. “It’s the same pattern of struggle, to get a budget in place to meet short term bills — this backlog of unpaid bills is certainly going to hurt [Illinois] in future rankings.”

“It’s a very deep hole, and the consequences of getting out of it politically are very tough,” says Gordon MacInnes, president of the New Jersey Policy Perspective, a think tank focused on economic policy change in the state. “And so far, there has been little demonstration that anybody in the governor’s office or in the legislature is prepared to pay the cost, and deal with the consequences.”

New Jersey is weeks away from electing a new governor, and some of these issues are front- and-center in the campaign. MacInnes says there is hope a new administration will steer the state in the right direction — even though these will be difficult issues to take on with the New Jersey General Assembly.

Currently, New Jersey’s plan is to increase the employer contribution to pensions and retiree benefits on an annual basis spread out over a decade. But MacInnes argues this requires additional money the state doesn’t have, which would plunge the state’s pension issues back into uncertainty.

Illinois has also attempted reforms to reduce some of its fiscal woes, most recently with a Medicaid reform to rein in costs, changes in the state’s public employee pension system and shifts in personal income tax rates.

It’s hard to predict whether these will bring positive changes to Illinois, says David Merriman, co-director of the Fiscal Futures Project, which analyzes the states’ finances.

“I think there are tradeoffs … I don’t know if you can say they’ll be good or not,” he says. “I mean I think they solve one problem, but perhaps created others.”

These other problems Merriman refers to are the new public employee pension benefits, which he believes are too low and may not be enough for a healthy, sustainable retirement.

But despite these approaches, Norcross of the Mercatus Center says she worries Illinois might still be lagging behind New Jersey’s plans for reform.

“The constitutional protections around the pension system [in Illinois] make it very difficult to make reform to the system,” she says. “And as long as that’s the case, it’s going to be hard for lawmakers to really grapple with this.”

One telling fiscal factor that Illinois is lagging behind is the state's lack of a healthy rainy day fund — or additional reserves in the case of a future recession. For FY ’16, Illinois had $275 million in rainy day funds, which could have covered approximately 3.7 days of spending, according to analysis by the Pew Charitable Trusts. The same analysis estimates the FY ’17 rainy day funds to be zero. To compare, the state with the most reserves is Alaska, with almost 478 days' worth of spending, or $7.1 billion.

So that leaves California as an example for fiscal reforms.

California was known “as the poster child for budget dysfunction,” says Tracy Gordon, senior fellow with the Urban-Brookings Tax Policy Center in Washington, D.C. After the country’s 2007 recession, California voters decided on a ballot proposal to lower the number of votes needed to pass a budget from the two-thirds to a simple majority vote. Known as Proposition 25, this also instituted the “no budget-no pay” approach, where legislators had to give up their pay for each day the budget was late. The approach forced the California General Assembly and the governor to have a hand in reaching balanced budgets every year. Since then, budgets have passed on time.

California and Illinois have both implemented temporary income tax increases to generate additional revenue over several years. As California’s deadline loomed, legislators decided to adjust the numbers for a more permanent increase. Illinois, however, slowly phased out the increase by 2014.

Hudspeth, who once worked with the Fiscal Futures Project and now teaches at California State University Stanislaus, says she remembers the fiscal impact the tax increase had on the state.

“When I was an analyst, I saw the finances starting to improve after the temporary tax increase in 2011, and then when it was allowed to be phased out, I saw again the impact on the finances,” she says. “The fiscal crisis it’s having — on the people who are the very most in need of state services and assistance, when you see the effect that it’s having on education, the universities, the social services and human services — I really don’t think Illinois can cut its way out of this situation.”

The state’s recent budget package raised the income tax rate to 4.95 percent from the 3.75 that remained after the 2011 temporary tax increase was phased out. Unlike California with its graduated tax rate, Illinois has a flat income tax. This year’s increase just gets Illinois back to where it was before the temporary tax raise expired. It’s still not enough to generate adequate revenue.

“So, income taxes are pretty much where they’ve been and it’s doubtful [Illinois] can go much higher,” says Gordon of the Urban-Brookings Tax Policy Center. “You have to balance the possibility that high income taxes could affect economic activity [or] could affect people’s decisions to relocate in the state, with the ability of the state to provide services, but also attract residents and businesses.”

California, these experts say, was able to leave the bottom five rankings through good luck after reforms were enacted.

“California did do a number of things to improve … but California also has an incredibly booming economy due to the tech [sector],” says Merriman of the Fiscal Futures Project. It’s not always a good comparison to other states because “California has Silicon Valley … and a booming real estate market.”

Across the board, however, Illinois is not alone with a lagging economy, and uncertainty remains high as all the states wait for the federal government to make decisions on Medicaid and other tax policy changes.

But there is one thing that several experts say is unique to Illinois: the political dysfunction, which affected how and when a budget would be implemented.

“New Jersey might be experiencing issues like Illinois,” says MacInnes of the New Jersey Policy Perspective. “But at least we pass budgets — that’s one thing we actually do.”

Hudspeth says with this dysfunction, it might be necessary to use an approach like California’s Proposition 25 to give voters the opportunity to make important decisions in preparation for a recession.

“And what has Illinois done to prepare for [a recession]? They’re still fighting over things that they were fighting over 10 years ago,” she says.

Illinois state voters can instead consider expanding the state’s tax base by deciding to tax retirement income (as California already does), and eliminating tax credits for residential real estate taxes — among other tax exemptions.

Merriman says implementing these changes can give the state some much-needed revenue, closing the budget gap in the future.

“If Illinois adopted a credible plan to get a balanced budget, even in a decade, we would start seeing improvements almost immediately,” he says.

But otherwise, the outlook is grim. And if projections are correct, the fiscal years when Illinois went without a budget could end up putting the state in last place for the next fiscal condition rankings.

“I feel very worried about people in Illinois, schoolchildren, people that are dependent on state services, people with disabilities, elderly people, retirees — most of my family is in Illinois,” Hudspeth says.

“Illinois is great ... and it has potential. It shouldn’t be like this.” 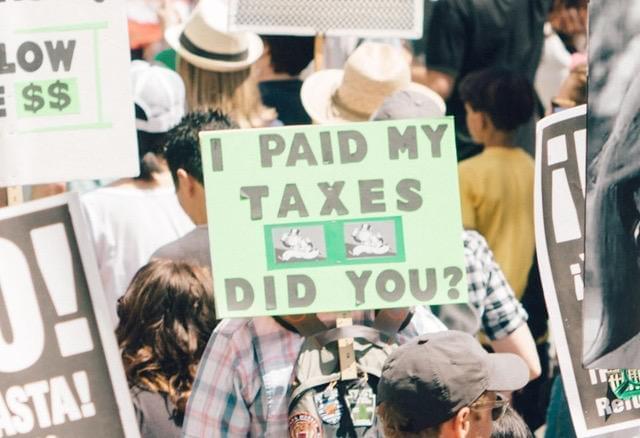 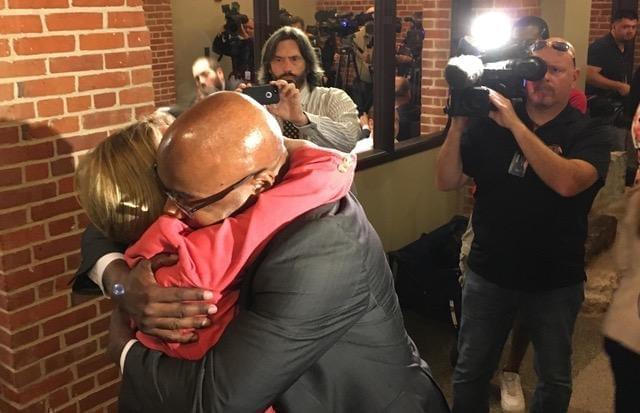