Gambling has expanded throughout Illinois as the state struggles to catch up with its budget deficit. The lure of additional revenue brought support from local governments, businesses and unions. But not everyone is a fan, as some argue it takes advantage of the vulnerable among us.

One woman has spent the last two decades fighting against state-sanctioned gambling.

Anita Bedell has a nickname in the statehouse. People refer to her as the “church lady,” a reference to a Saturday Night Live skit. She’s short, with gray hair and an unassuming presence. But she’s tough. And relentless.

On the very last day of the legislative session in late May, lawmakers, lobbyists and reporters had finally received the long-awaited gambling bill consisting of hundreds of pages before it went up for a vote.

In a packed committee room inside the Illinois Statehouse, stakeholders presented their case to legislators. And of course, Bedell was one of them. Pressed for time, lawmakers gave her only three minutes to talk.

That’s how most gambling hearings unravel for Bedell, who is almost always last to speak and usually testifies to legislators whose minds are already made up. It’s almost a David and Goliath type of situation, except in her case, David rarely wins.

They give her a few moments to make her case, then move along with their plans. Bedell is often steamrolled. But she keeps her cool.

Paul Black, director of communications for the Illinois Great Rivers Conference of the United Methodist Church, says he’s never seen her angry in the 25 years he’s known her.

Bedell leads the non-profit Illinois Church Action on Alcohol and Addiction Problems. It began as a prohibition group in the 1800s. Bedell — who was born in Highland, Illinois  and raised in Pocahontas, Illinois — joined in 1994.  That’s just after the state legalized riverboat gambling.

Bedell says when gambling started to grow, the group expanded.

“And the first thing that struck me is that no one was speaking up. The media was all about the money that was going to come in, all the economic development. So, in 1992, our organization got involved in the gambling issue.”

Today, gambling expansion isn’t the only thing on Bedell’s mind. Adults will legally be able to buy and use cannabis in January. Bedell says she travelled across the state during the summer to get local governments to ban sales. The Naperville City Council, for example, recently voted to ban sales.

“Since they [lawmakers] passed the law, we are getting calls from churches, from pastors, from grassroots people who are very upset at this legislation and they want to do something,” she says.

Bedell says the state should not line its pockets with money from those suffering from addiction. And she has first-hand experience seeing the struggles addiction can bring.

Her views were formed as a young woman who babysat for a family with gambling addiction.

While some might call her the “church lady,” Bedell’s lobbying style sticks to numbers and facts — not morality.

“Some of the hard, hard-core people didn’t want to hear it, they would just roll their eyes,” says former state Senator Mike Jacobs, a Democrat who worked on gambling legislation during his nine-year tenure. His father, state Senator Denny Jacobs, was behind the state’s first casino bill in the 80s.

Jacobs says Bedell’s style is like citizen activism, which he admires. “Anita Bedell was one of those people who complained about government and tried to do something about it. But I think at the end of the day, the most impressive thing about Anita is that she had an idea and just implemented it.”

Even among her own organization, Bedell has been a controversial figure. At first, she says, some wondered if she’d be the right person to lead the opposition.

“When I first started speaking out against gambling, one of my board members said, you are absolutely the wrong person for this. And then he stopped and said—you know that might be a good thing because they’ll never expect anything for the things you have to say.”

Despite the powerful lobbying groups behind both bills, Bedell says she doesn’t feel discouraged. She says she works for the people who don’t have a voice in politics.

Bedell says, while the road hasn’t always been easy, she’s ready for what’s to come.

“Again, I never expected to be here this long, but I just thought, the Lord put me here, he kept me here, and he keeps sending people to help.” 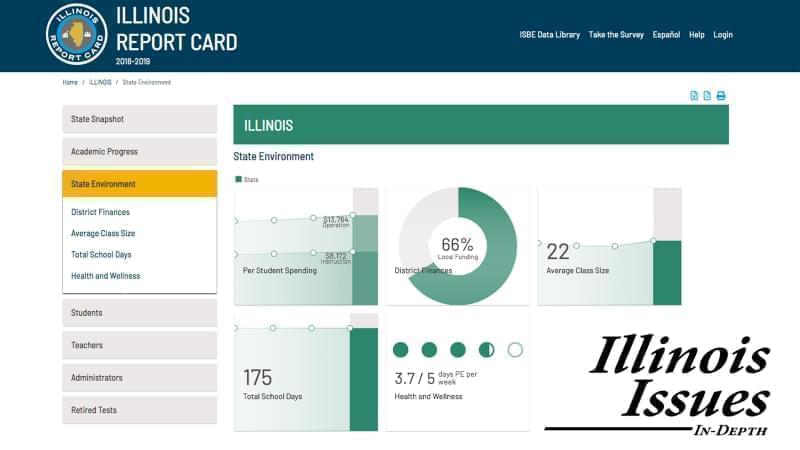 Illinois Issues: Sacred Buildings In An Age of Decline

Illinois Issues: Alaina Hampton On Life After Speaking Out