Might pot and ditch weed help ease the state's financial crisis and boost its farm economy? Sponsors of legislation to legalize recreational marijuana and to clear the way for large-scale production of industrial hemp are hoping to convince their colleagues that's the case.

The target of both initiatives is one of the world's longest cultivated and most versatile herbs, cannabis. Archeologists have found evidence of its use as a mind-altering substance in prehistoric societies in Europe and Asia; it also was one of the first plants cultivated for its fibers, with hemp fiber imprints found on Chinese pottery dating from 5000 B.C.

The distinction is immaterial to federal law, which considers the plant in all its forms as a Schedule I controlled substance, something with a high potential for abuse and no accepted medical use, in the same category as heroin, LSD and Ecstasy. In Uncle Sam's eyes, marijuana —  even hemp —  is more dangerous than cocaine or methamphetamine, both Schedule II substances. State law similarly outlaws cannabis possession in any form, with a narrowly drawn exceptions for medical marijuana and limited university research into industrial hemp.

The bills now pending would clear the way for wider legal use of cannabis, both for recreational purposes and for fiber production.

Getting Illinois to join the eight other states that have legalized marijuana sales is likely to be an uphill struggle, despite its revenue-generation potential and the tightly-drawn provisions of the legislation.

Under identical proposals offered by Sen. Heather Steans and Rep. Kelly Cassidy, both Chicago Democrats, Illinois residents 21 or older would be permitted to possess, sell or grow marijuana, under tightly-regulated conditions. Individuals could have up to roughly one ounce of the substance and could grow as many as five plants, as long as they were cultivated in a secure location out of public view, such as an enclosed, locked space.

Public smoking would be banned, as would marijuana consumption while driving or operating a boat or any other motorized transport.

Cultivation facilities would have to be registered by the state and could not sell directly to consumers, but rather to licensed retailers and smoke shops, subject to a $50-an-ounce wholesale tax. Sales to consumers would be subject to the 6.25 percent state sales tax.

Local authorities could bar cultivation or manufacturing centers, and local approval would be required for on-site consumption outlets. Cities and counties also could impose operating and registration fees on cannabis establishments.

Based on Colorado's experience, marijuana sales in Illinois could bring in an estimated $350 million to $700 million annually, according to the Marijuana Policy Project, which supports legalization.  Half of the revenue would go into the state's general checkbook account, while 30 percent would be targeted for elementary and secondary education and the remaining 20 percent would be earmarked for substance abuse education, prevention and treatment programs through the state public health department.

In a web post unveiling the legislation, Steans said Illinois needs a new approach because prohibition is not working.

"Prohibition is a financial hole in the ground, and I believe that we should stop throwing taxpayer dollars into it," she wrote.

Now, all the money spent to buy the drug goes into the pockets of criminals and cartels, she said.  “In a regulated system, recreational marijuana would generate hundreds of millions of dollars in new revenue for the state and support licensed businesses. ... While I do not believe that legalizing and taxing marijuana will or should solve all of our budget woes, it should be a part of the conversation about resolving Illinois’ worsening budget problems.”

Besides its potential as a revenue raiser, she added, researchers are finding the drug can be an effective alternative to opioids for pain management, giving the state another tool to help combat the growing number of overdose deaths.

Nor would legalization result in widespread abuse of harder drugs among young people, under the “gateway drug” theory espoused by anti-drug forces.  A survey by Colorado public health officials published last year found that marijuana use among teens had not increased since recreational sales began there in 2014, Steans noted.

A recent poll by the Paul Simon Public Policy Institute found that roughly two-thirds of respondents supported legalization of recreational marijuana if it is taxed and regulated.Charles Wheeler III

Public opinion would seem to favor the two lawmakers' efforts — a recent poll by the Paul Simon Public Policy Institute found that roughly two-thirds of respondents — 66 percent — supported legalization of recreational marijuana if it is taxed and regulated like alcohol, while 31 percent opposed.  Support was up markedly from a similar survey a year ago, when a slim majority — 51 percent — voted no on recreational pot, while 45 percent approved.

“Illinois voters are growing increasingly comfortable with the idea of decriminalizing marijuana,” said Jak Tichenor, the institute's interim director, “and we now have evidence that most see it as a potential revenue source for the state.”

But local law enforcement officials remain unconvinced, noting that legalization would run afoul of federal law and would threaten public health and safety.

Acknowledging the hurdles, Steans and Cassidy dont plan on seeking a vote this legislative session. Instead, they hope to get people talking about the issue and through a series of public hearings, develop modifications that could garner support next year.

While changing the law to put marijuana on the same footing as alcohol might be problematic, approving hemp production should be a no-brainer. The crop has a wide variety of commercial and industrial applications, from rope, clothes, textiles and plastics to food, health care products and biofuel.

Hemp has environmentally friendly qualities as well. A fast-growing crop typically densely planted, hemp crowds out weeds so no herbicide is needed. Hemp also resists insects and disease, and its leaves provide compost after dropping from the plant. As part of a crop rotation, hemp can improve the soil by cutting back on competing weeds and the need for chemical treatment, studies have found.

The measure is designed to allow Illinois farmers to join a burgeoning national movement to grow hemp for its fibers, seeds and oil.Charles Wheeler III

The measure is designed to allow Illinois farmers to join a burgeoning national movement to grow hemp for its fibers, seeds and oil. Its provisions would define hemp as a cannabis plant with no more than 0.3 percent THC, the ingredient that produces marijuana's high, and would free hemp from its current legal strictures. The state agricultural department would regulate cultivation, including licensing growers, setting fees and making at least one surprise inspection a year of every operation. A license application would have to include both a legal description of the growing site and its Global Positioning System (GPS) coordinates.

The latter requirement addresses one of the major complaints voiced by law enforcement when lawmakers attempted to legalize hemp in the past, that pot-seeking police wouldn't be able to ferret out stands of THC-laden plants hidden among their benign kin. Never mind that cannabis grown for industrial is packed in tight, towering rows to maximize stalk and typically resembles bamboo, while cannabis grown for medicinal or recreational use is bushier, widely spaced to maximize leaves and buds. Armed with modern drone technology and GPS coordinates, checking out hemp fields should not be that difficult.

The old “gateway drug,” “sending the wrong message” objections raised by anti-drug warriors in past years also don't seem to be as convincing, the Simon poll suggests.

In a sense, the legislation represents a return to the past, because hemp cultivation in North America predates the nation. Farmers in Virginia and other colonies by law were required to plant hemp to provide raw material for the nautical sails, ropes and other needs of the British crown, and George Washington, Thomas Jefferson, and John Adams grew hemp. Legend has it that early drafts of the Declaration of Independence were written on hemp paper and Betsy Ross crafted the first Stars and Stripes out of hemp cloth. A few decades later, many of the wagons heading westward along the Oregon Trail were covered with canvas made from hemp fiber, according to historians.

Hemp as an important part of the U.S. farm economy began to decline in the late 19th century, though, as the advent of steamships reduced the demand for sailcloth and cordage. Competition from oil-based products and cheaper imported fibers also cut into hemp production.

The death knell came with enactment of a 1937 federal law that placed an extremely high tax on all strains of cannabis, effectively making it impossible to grow industrial hemp. Some historians suggest that while the measure was sold as a counter to “Reefer Madness,” its behind-the-scenes promoters included cotton and timber interests, the oil companies, and the nascent petrochemical industry, all feeling threatened by hemp's diverse uses.

Hemp got a brief reprieve during World War II, when access to Philippine fiber was cut off and national leaders launched a “Hemp for Victory” campaign to produce raw material for rope, clothing, tents, parachutes and other equipment. In fact, left-over fields from the war effort led to the wild cannabis, ditch weed, so abundant throughout the Midwest.

By 1970, though, all forms of cannabis, including hemp, were classified as Schedule I drugs, meaning growing hemp was out of the question. A later federal court ruling allowed people to buy hemp-based products, but only if made with imported hemp. Now, the U.S. imports an estimated $300 million to $500 million worth of hemp products annually, a market that's been attracting significant attention.

llinois is not the only state considering industrial hemp production, almost half are. Kentucky, one of the leading hemp producers a century ago, is among the leaders in the current renaissance, with some farm experts considering hemp as a potential replacement for tobacco. Just a few days ago, a Florida lawmaker suggested hemp could be a viable crop option for industry-starved rural areas that might even “even surpass oranges,” the state's signature crop, but one threatened by an orchard-decimating disease.

Sixteen years ago, a legislative task force in January, 2000, concluded hemp had potential to be “an important alternative crop” in Illinois and offered a number of recommendations so that the state “does not lose an opportunity to enhance its agricultural leadership in the United States.” Heading the list was changing the statutes to distinguish between industrial hemp — having a level of 0.3 or less of THC — and marijuana.

Isn't it about time we took their advice? 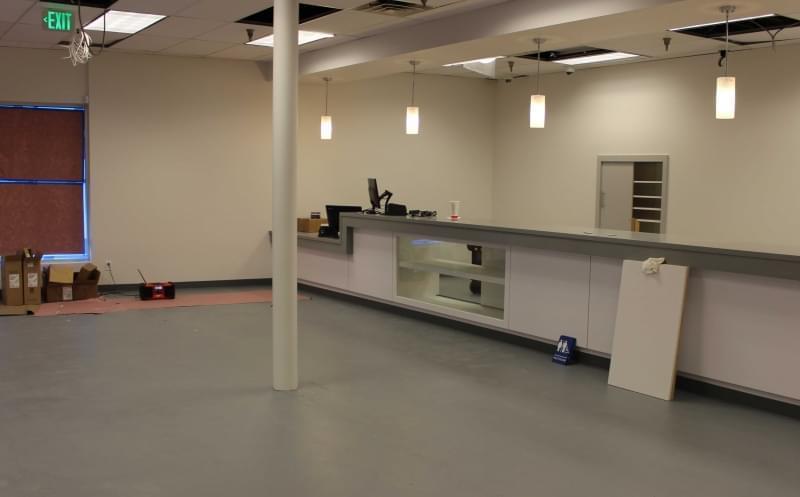