Illinois Loses To Minnesota 24-17, To Remain Winless In Big Ten

Kobe McCrary ran for 153 yards and the go-ahead touchdown in the fourth quarter, and Rodney Smith added 103 yards rushing for Minnesota as the Gophers beat Illinois 24-17 victory on Saturday.

Linebacker Jon Celestin returned an interception for a touchdown in the fourth to provide the winning margin for Minnesota (4-3, 1-3 Big Ten). The Gophers ran for 292 yards as a team and held the Illini (2-5, 0-4) to 282 total yards.

Illinois sophomore quarterback Jeff George Jr. was 18-of-23 passing for 128 yards with a late touchdown pass to freshman receiver Ricky Smalling. Freshman running back Ra'Von Bonner had 18 carries for 57 yards and a touchdown.

The game marked the first action with the Illini for freshman Cam Thomas, who split quarterback duties with George. Thomas finished with two completions for 33 yards, and led Illinois in rushing with 79 yards.

Minnesota opened the game with a 72-yard drive for a touchdown, with 64 of the yards coming on the ground. Demry Croft finished the drive with an 8-yard touchdown pass to Tyler Johnson.

Croft earned the starting job over senior Conor Rhoda after sparking Minnesota with three fourth-quarter touchdown passes to Johnson in last week's loss to No. 18 Michigan State. The sophomore quarterback was 5-of-15 passing for 47 yards on Saturday and threw two interceptions.

Both offenses would have trouble, despite the two defenses allowing the second-most and third-most rushing yards per game in the Big Ten during conference games.

The Illini scored 10 points off turnovers, creating three on the day and finishing a plus-1 in turnover-margin.

Illinois: A big missed opportunity on Saturday leaves Illinois still looking for its first Big Ten victory and backup quarterback Cam Thomas became the 21st true freshman to play for the Illini this season. The least experienced team in college football with 14 true freshmen starters, Illinois is simply learning on the job this season.

The schedule does provide a chance to get a conference win at some point, with a road game at Purdue and home games against Indiana and Northwestern. But it won't be easy for a team so green and without an offensive identity.

Minnesota: The up-and-down nature of the Gophers' running game continues, but perhaps they found something to build on. Minnesota had twice been held under 100 yards rushing as a team in three Big Ten games.

Despite Shannon Brooks missing the game with an injury, McCrary and Smith both rushed for over 100 yards and the Gophers had the two-headed rushing attack they had last season when they won nine games under former coach Tracy Claeys.

Illinois: After serving as a homecoming opponent for the Gophers, the Illini return home next Saturday for their homecoming against No. 5 Wisconsin (7-0, 4-0).

Minnesota: The Gophers travel to Iowa next week. The Hawkeyes (4-3, 1-3) lost in overtime at Northwestern on Saturday. 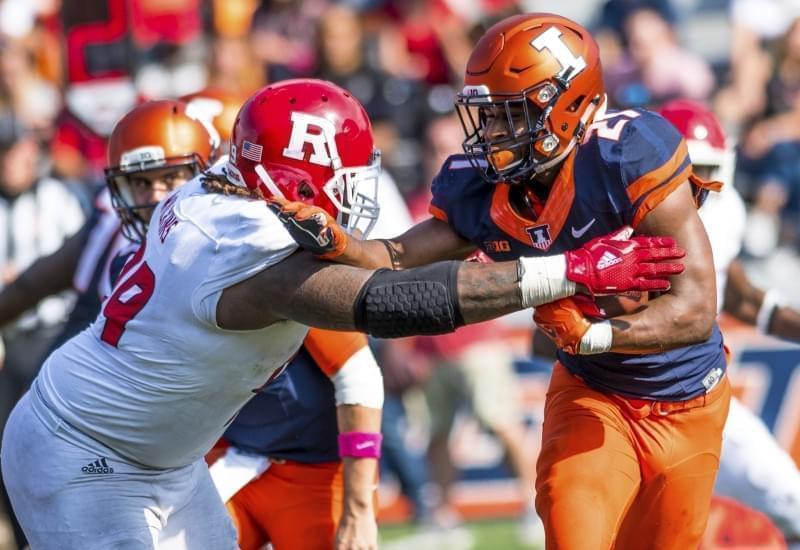