A recent study of the 10 most corrupt states in the U.S. has Illinois at number 4.

The study released by researchers at Indiana University and City University of Hong Kong measured the relationship between government corruption and state spending.

John Mikesell with Indiana University co-authored the study. He said Illinois should make some changes if it wants to move off the corrupt list.

“Elect more honest officials, have higher standards for performance by appointed officials, and make sure that you have a rigorous set of controls in place to make illegal behavior extremely difficult,” said Mikesell.

The most corrupt states have per capita spending at about 5 percent higher than the national average. The report said this is costing tax payers tens of billions of dollars a year.

Corrupt states spend more money on construction and salaries and less on education and health services. 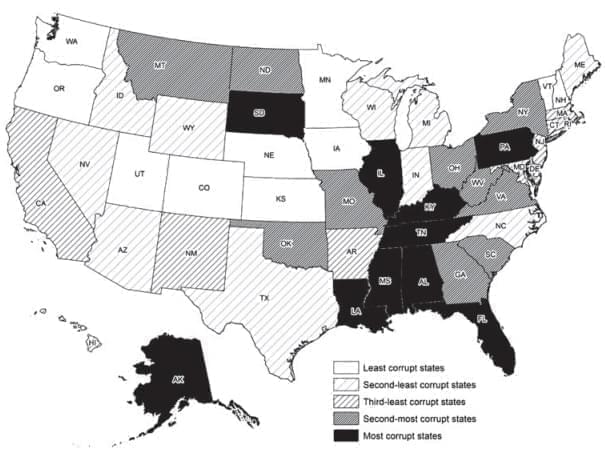