Illinois played the Wildcats even in the first half, but 22 turnovers and an inability to get the ball inside eventually caught up with the Illini.

"We missed him six, or seven, or eight times in the first half," Underwood said. "We just didn't throw the ball to him. He had really good position, I thought, and that's something we've got to work on."

The inability to feed the post meant scoring duties were split between guards Ayo Dosunmu, Trent Frazier and Andres Feliz.  They scored 15, 14 and 13 points respectively. Feliz also led the team with 10 rebounds.

Frazier offered an explanation for the turnovers, and promised a solution.

"It's unacceptable," Frazier said. "23 (actually 22) turnovers? Us three guards (Frazier, Dosunmu, Feliz) on the court, it shouldn't be over ten. It's early right now. We're still trying to figure it out, but it's a problem we're going to fix."

Josh Green added 20 points for the Wildcats, and Zeke Nnaji had 19.

Attending the game was Nico Mannion's father Pace, who helped the Utah Utes end the 1983 Illini men's basketball season with a 52-49 win over Derek Harper, Efrem Winters and Bruce Douglas in the NCAA Tournament.

The Illini now have an eight-day break, during which Underwood says they'll watch a lot of film, and try to clean up the mistakes. 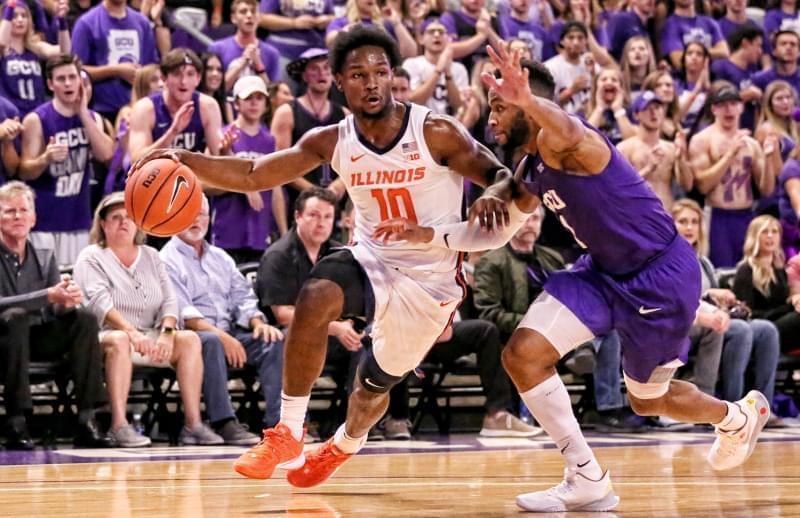