"A lot of people need to do a better job, including me," said Illinois coach Lovie Smith, following Eastern Michigan's impressive last-second 34-31 win over the Illini on Saturday at the State Farm Center.

"We didn't play our best today," said Smith, "but we have a lot to build on. We're a 2-1 football team, so we've done some good things. Next week (against conference foe Nebraska) will be a better indicator of where we are."

Creighton had good reason to be joyous. Chad Ryland booted a 24-yard field goal as time expired to give the Eagles their third win over a Big Ten team, following victories against Rutgers in 2017 and Purdue in 2018.

Mike Glass was 23 of 36 for 316 yards and three touchdowns to lead EMU (2-1). Jarius Grissom rushed three times for 52 yards, while Willie Parker had 23 yards on 11 carries and a touchdown.

"Awesome, awesome day for our program," Creighton said. "Our defense played well. We knew we weren't going to shut them out, because they are really good, but we did what we needed to. Our guys just executed."

Brandon Peters was 22 of 37 for 297 yards passing, two touchdowns and an interception for Illinois (2-1). Reggie Corbin, who sat out the last game with a hip pointer, carried the ball 18 times for 144 yards for the Illini.

In a first-half shoot-out, both teams showed plenty of offense and periods of ineffective defense. The Eagles rushed for 93 yards and Glass was 11 of 20 for 183 yards and three touchdowns, while Illinois rushed for 76 yards and Peters went 13 of 17 for 164 yards and one TD.

"One positive? We were down by 14 points at one point and still managed to get ourselves into a position to win the game," Smith said. "We have to maintain a sense of consistency, in both halves, whether it's running, passing or on defense."

Illinois was still in the hunt with less than three minutes left after tying the game at 31 on a 36-yard touchdown pass from Peters to Josh Imatorbhebhe.

But Glass, who looked calm and collected all day, methodically put his team in a position to win with a 23-yard pass to Dylan Drummond followed by a 13-yard run by Breck Turner. Ryland then trotted onto the field with one second left for the game winner.

THE BATTLE UP FRONT

"They beat us up front," Smith said of his Illini. "It's a one-on-one battle out there, and the losing team doesn't win that battle. That was us today."

Creighton credited hard work and preparation for his team's win. "We definitely had a better week of practice this week," he said. "We prepared hard. Our team believes, and that's deep and very powerful when it comes to a game like this."

Illinois: Ugly loss for the Illini. The offense played essentially half a game, and the defense was suspect all afternoon. Smith took over as defensive coordinator after Hardy Nickerson left last October, and has said it would be his number-one priority. But there remains considerable work to be done before conference play begins next week in a prime-time game against Nebraska.

EMU: Good win for Creighton's team, which came in as the underdog and which has a habit of upsetting Power Five teams (Rutgers and Purdue in the past two seasons). 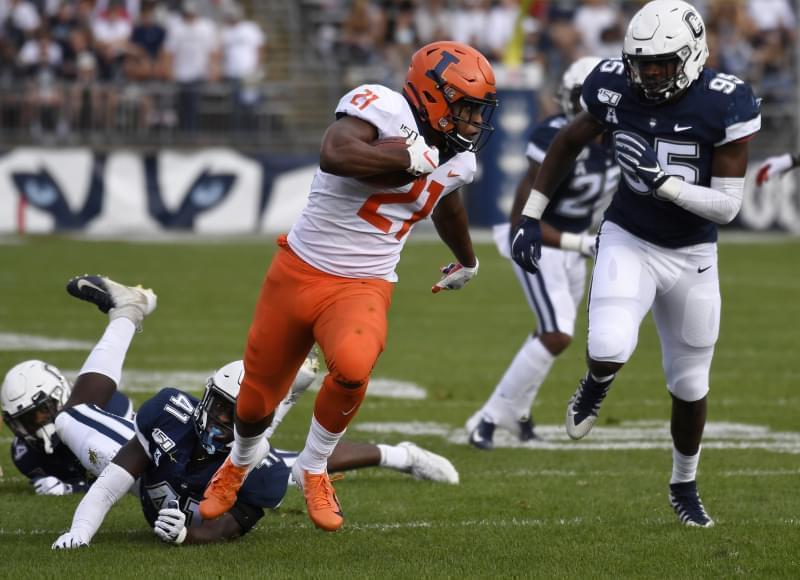 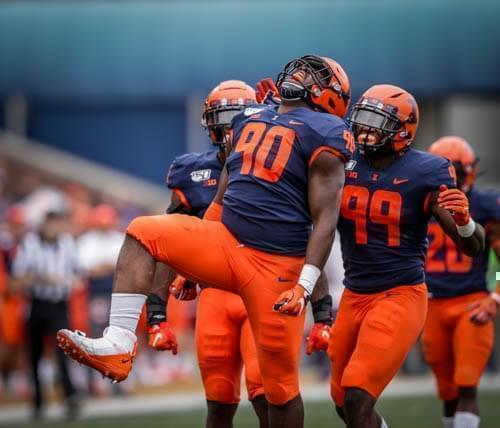