Nearly three dozen Illinois legislators of both political stripes are asking Gov. Bruce Rauner to resume contract negotiations with the state's largest public-employee union. The lawmakers said Wednesday the issue is crucial to the struggling state. "Nothing happens if you're not at the table," said Rep. Sue Scherer (D-Decatur.) Most legislators calling on Rauner to get back to the bargaining table were Democrats, but Senator Sam McCann of Plainview was one of two Republicans that joined in.

He says he personally wouldn't mind being subject to drug or alcohol testing, but McCann says the governor's approach is wrong.

Rauner has shown no sign of being willing to resume bargaining with AFSCME. The union plans to go to court over the labor board ruling.

A state labor board sided with Rauner this month that talks were at "impasse.'' That means the governor can impose his terms. Sen. Andy Manar (D-Bunker Hill) says he and other legislators prefer another option: the governor resuming negotiations. Himself.

"He sold himself to the people of the state as a business leader that can negotiate deals, that can solve difficult problems," he said.

A strike would affect more than just AFSCME members -- it could wreak havoc on a wide variety of state services.

He did that a second time Wednesday in announcing an employee drug and alcohol testing plan.

AFSCME says in a statement it will talk. Rauner spokeswoman Catherine Kelly says the two sides should cooperate on implementing the governor's provisions 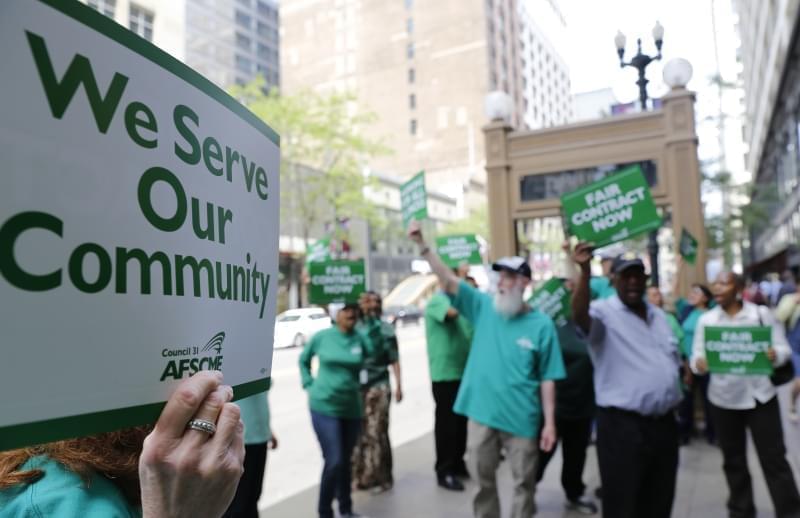