Proposals to raise local taxes were a mixed bag with voters in east-central Illinois.

Voters in the Champaign Unit Four school district said yes to a bond referendum to build, renovate and expand school buildings. 65% of voters approved the $183-million proposal, after two previous and smaller bond questions had been defeated. The new proposal includes more schools, and keeps Champaign Central High School where it is, instead of moving it to the north end of Champaign.

Another bond referendum in the Paxton-Buckley-Loda school district passed narrowly, by a 64-vote margin. Voters said yes to demolishing the district’s oldest school, Clara Peterson Elementary, and building an addition to nearby Eastlawn School.

In Coles County, voters approved a county-wide one-cent sales tax for school facilities. School districts across the county will share the revenues.

And in Iroquois County, voters said yes by a narrow margin to a quarter-cent public safety sales tax to go to sheriff’s operations.

But Champaign County voters overwhelmingly defeated a quarter-cent sales tax for facilities including the county jail. 70% of voters opposed the proposal that met opposition from groups that opposed jail expansion on grounds that incarceration is used disproportionately on minorities and more services are needed for mental health treatment and other preventive measures. County officials said the sales tax would cover maintenance at all county facilities, and that expansion of the satellite jail was needed to compensate for the closure of the older downtown Urbana jail.

And a property tax increase for the Maroa-Forsyth school district was defeated as well, with roughly 70% of voters in opposition.

In a different type of referendum, voters in Rantoul voted to eliminate an entire local unit of government, including its taxing authority.  52% of voters approved the dissolution of the Rantoul Park District. The village of Rantoul is now slated to take over the park district’s properties, including the money-losing Brookhill Golf Course. Backers of the referendum were hoping that the move would mean the closure or sale of the golf course, which they say is a needless drain on taxpayers. 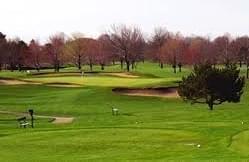