Illinois Attorney General Lisa Madigan beat her last opponent by more than a million votes. Her decision to run for re-election next year scared away most of the people who'd been eyeing her job. But at least one Republican is throwing his hat in the ring.

Running against Madigan will not be easy. She's a three-term incumbent, has one of the richest campaign funds in Illinois, and happens to be in one of the state's most powerful political families.

But none of that is deterring Paul Schimpf, a retired Marine Corps lawyer from the town of Waterloo.

"Unlike four years ago or eight years ago, I actually think there are a number of reasons that Democrats — not Republicans, but Democrats — would vote against Lisa Madigan," Schimpf says.

Schimpf commended Madigan's work on behalf of veterans, consumers, and sexual assault victims. But he says there are critical issues she's not involved in.

Schimpf graduated from the U.S. Naval Academy and spent four years as an infantry officer. Then the Marines sent him to law school at Southern Illinois University. He retired this spring as a lieutenant colonel with 24 years of service.

Schimpf says he plans a formal campaign announcement next week. 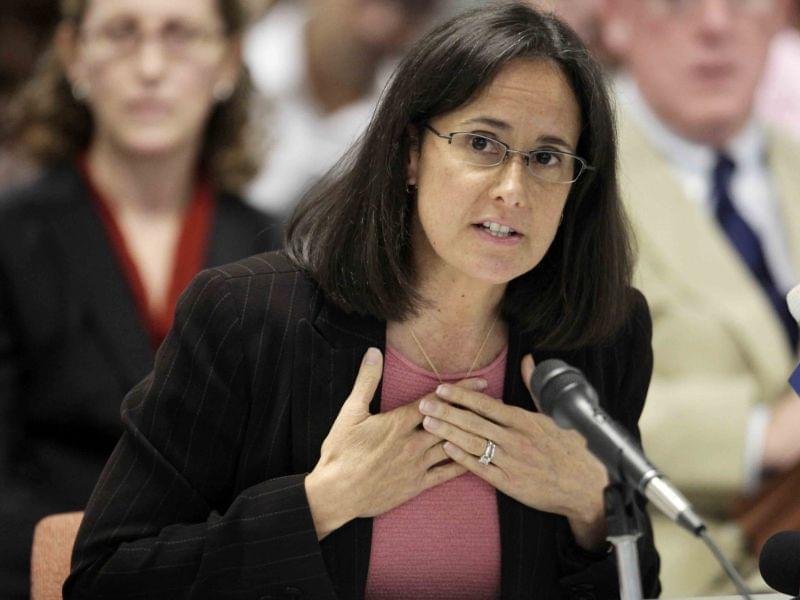