‘Nearly Every District Is Looking For Teachers’: Teacher Shortage Still A Struggle In Illinois

This year, lawmakers approved a slew of new legislation intended to address Illinois’ teacher shortage. But Mark Klaisner, the new president of the Illinois Association of Regional Superintendents of Schools, said school districts across the state are still struggling to fill open teaching positions.

The new legislation includes a state mandated teacher minimum wage of $40,000 by 2023, as well as other measures, like removing a requirement that teachers pass a basic skills test to be licensed, and allowing student teachers to be paid.

Klaiser said school districts are required to report open positions to the Illinois State Board of Education shortly after the new school year begins. He said new data on the teacher shortage should be available in the coming weeks.

Klaisner recently spoke with Illinois Public Media about the shortage, and what it means for education in Illinois.

This interview has been condensed and lightly edited for clarity.

LG: Do we know how bad the teacher shortage is currently?

MK: At this point, we know, nearly every district is looking for teachers. Daily, I have phone calls from superintendents around the state that are asking for a version of a waiver; if a teacher is certified in one area, can they teach in another because we just cannot fill the classrooms. Yesterday, I was told that in the Peoria school district alone, there are 50 open teaching positions they can't fill.  The actual hard number data, we will know that very shortly. But we do know, anecdotally, that it's at least as bad as last year, and in most cases worse.

LG: What is your perspective on the teacher minimum wage hike? Is that going to be a silver bullet, or will it make a dent, but not solve the whole problem?

Increasing that salary may be an incentive for people to go into the profession, but those who are currently licensed and available and looking for positions, they all have jobs.Mark Klaisner

Increasing that salary may be an incentive for people to go into the profession, but those who are currently licensed and available and looking for positions, they all have jobs. In fact, in my region, some districts are stealing teachers from other districts nearby by perhaps paying them a little bit more. Also, districts down south —  south of (Interstate) 80 — that are hurting for finding teachers to fill are also the ones that are paying less. And so this is going to be a financial hardship the first couple of years. And I'm hearing that now that districts are forced to pay incoming people at $40,000, they're actually raising class sizes, and they are hiring fewer teachers because they've got to pay more with the same amount of money.

LG: Lawmakers also passed a series of other measures, including removing the requirement that teachers must pass a basic skills test to be licensed. What result did that have?

I was told by (the Illinois State Board of Education) that there were 235 people who had applied that had not passed a test of basic skills. And so instantly, 235 people became eligible. That's a great thing. The problem is that a year ago, there were close to 1,400 unfilled positions. So, it's a dent, and it's a helpful dent.

But eliminating a test of basic skills also took away an opportunity for paraprofessionals to become licensed. And the only way that can be fixed is a legislative fix, so that's going to take us up to November.

I do think it was a good move. I wish that we had the foresight to realize it would have a negative impact on people applying to be paraprofessionals.

MK: For instance, somebody comes out of high school and wants to be a teacher's aide. Without any college at all, they could pass one of the three tests of basic skills and have been licensed as a paraprofessional. Now, that's gone, at least until November, because we're going to have to fix it legislatively. And the regional offices are working with the State Board of Education to create a bill to hopefully fix this by November. But, until then, there's no mechanism to become a licensed paraprofessional.

LG: Why are paraprofessionals so crucial to mitigating the teacher shortage?

The second place that they play a significant role with the teacher shortage issue is if we don't have enough teachers, schools have been forced to increase class sizes. One way to mitigate that impact is to include a paraprofessional in the classroom. So you have a pair of adults who are able to work with the children — you have a primary teacher, but you also have an aide or paraprofessional, perhaps working with small groups, under the direction of that teacher. So as class sizes have grown, one way to help the impact is to increase and support with paraprofessionals.

LG: What’s the impact of the teacher shortage in the classroom? And what kind of effect does it have on student learning?

I think we need to be very concerned about what the future holds and look for creative ways to entice young professionals into the profession.Mark Klaisner

MK: It's almost common sense to say that, if you don't have highly qualified teachers, and you have larger class sizes, the impact on student learning has got to be negative. So, I think over the next few years we're going to actually see the impact. And that's why many of us are trying to have conversations about the pipeline. Our universities are telling us that they're only producing 10% to 30% of the teachers they produced a decade ago. And so if the shortage is upon us, and if the pipeline is drying up, I think we need to be very concerned about what the future holds and look for creative ways to entice young professionals into the profession. We need to find ways to elevate the profession of teaching. We need to be taking multiple approaches now to impact five years from now. But I think there's no doubt we are going to see an impact on teaching and learning. There are stories about principals who have had 200 students in a study hall in the commons area because they have no other way to supervise students because they don't have enough teachers to fill classes. These are the types of anecdotes and data that are leading to words like ‘crisis’ and ‘immediacy.’ We've got to figure out ways to address it. 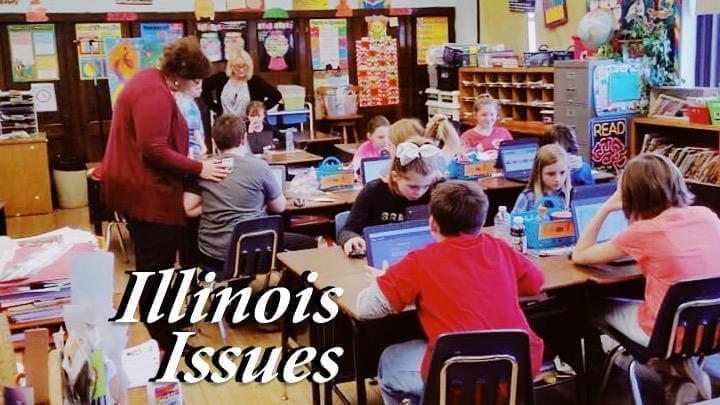