The minimum salary a teacher can be paid in Illinois will soon increase. Governor J.B. Pritzker joined educators and activists to sign a wage increase plan into law Thursday.

It’s a four year plan state lawmakers cooked up to address a teacher shortage. The Illinois Education Association, one of the state's teacher unions, estimates about 1,500 teaching jobs went unfilled in the last school year alone. Numbers for this school year have not yet been provided.

The wage increases will start next year, bumping up minimum salaries to a little more than $32,000. By the start of the 2023-24 school year, Illinois teachers will have to be paid at least $40,000.

State Representative Katie Stuart (D, Edwardsville) is a former teacher and one of the bill’s sponsors. She says she’s helped counsel others who want to start teaching, but can’t.

“They look at this career that they’ve wanted to do for their whole lives," she told a Springfield group before the bill signing. "They grew up knowing they wanted to be an educator, and the reality of it was it was not going to be affordable."

Many districts already pay their teachers well above the soon-to-be minimum. Data from the Illinois State Board of Education shows the average teacher earns $65,721 per year. But the Board estimates there are about 8,000 teachers throughout the state who are paid less than $40,000.

Bentley Stewart is one of those teachers. She’s been working at a school in Jacksonville for the last two years, and her yearly salary is around $34,000.

“Educators go into the teaching profession because we’re passionate about it," she said to those gathered for the bill signing. "It’s a very hard job, and teachers don’t mind that. But we also want to be secure in knowing we’ll be able to raise our own families and that our families will be secure.”

Governor Pritzker said a $10,000 statutory minimum is far too low for any teaching job to be competitive.

"That outdated baseline allows many positions, particularly in rural communities, to be short-changed," he said. "When we're missing out on quality, dedicated educators who can't afford to take these jobs, it's our kids who pay the price."

Opponents argue local property taxes will have to increase to offset the new cost, since local districts have historically shouldered the majority of education costs in Illinois.  Former Governor Bruce Rauner vetoed a similar bill last year on those very grounds.

Pritzker, meanwhile, said the state sent more funding to schools this year, and vowed to keep that trend going. This year's state budget included about $375 million more for schools, almost all of that required by the evidence-based school funding formula Illinois lawmakers approved in 2017. 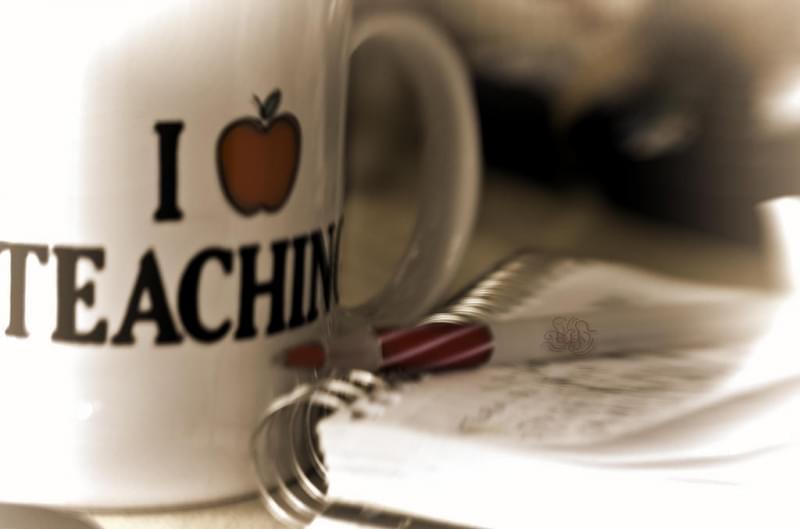