Headlines from around the state of Illinois for Friday January 3, 2020. Today's headlines come from NPR Illinois, WCBU, and the Associated Press. Find more news from across the state at illinoisnewsroom.org.

Illinois’ recreational cannabis dispensaries made around $3.2 million in sales on New Year’s Day, according to early estimates from a state agency overseeing the now-legal industry. Customers lined up at 20 dispensaries that were open across the state and made more than 77,000 thousand individual purchases of flower, edible, and concentrated liquid products, according to Illinois’ Department of Financial and Professional Regulation. Industry officials have indicated the first day of legal sales went pretty smoothly. Cannabis Business Association of Illinois Executive Director Pam Althoff said only one dispensary ran out of product, thanks in part to the 20 in-state cultivation centers currently supplying cannabis products to retailers. There had been widespread anticipation that many cannabis sellers would sell out due to strong demand. – Sam Dunklau – NPR Illinois

Illinois plans on spending $400 million over the next several years to improve internet access to farms and small towns. But first, the state needs to know who has a reliable internet connection and who doesn’t. The federal government tracks where high-speed internet is available. But the mapping has been criticized for overstating access, particularly in rural areas. Around 30 percent of residents living in rural Illinois lack internet access at speeds of 25 mbps and above, according to a report from the Federal Communications Commission. Right now, telecommunication companies report to the Federal Communications Commission by census tract where they offer internet and at what speeds. The problem, according to broadband advocates, is that if internet access is available to even one house in the census tract, that area is considered served. Matt Schmit, director of the new Illinois Office of Broadband, said the office’s first project is developing the state’s own map, which it is currently looking for a third-party vendor to do. – Mary Hansen – NPR Illinois

No, You Won’t Lose Your Gun Just For Smoking Pot Recreationally

Rumors that Illinois gun owners will lose their firearms if they use cannabis under the state’s new legalization mandate are false. That’s according to multiple authorities after major news outlets published stories claiming gun owners who purchase adult-use cannabis in Illinois would be placed into a database banning them from buying firearms. The Illinois State Police said Dec. 31 it will not revoke Firearm Owner Identification Cards based solely on someone’s marijuana usage. Illinois State Rifle Association lobbyist Ed Sullivan said cannabis dispensaries cannot share identifying information with law enforcement agencies unless the customer authorizes it. The Illinois State Police did say it would revoke FOID cards from anyone deemed addicted to cannabis, though the agency didn’t specify the criteria it would use to determine what qualifies as an addiction. – Tim Shelley – WCBU

Some of the last assets of bankrupt Johnson Publishing Co., the former owner of Ebony and Jet magazines, will be sold off when an art collection that once decorated the company’s Chicago headquarters is put on the auction block. The art that will be auctioned Jan. 30 at a New York gallery includes paintings, sculptures and other works from 75 African American artists. Johnson Publishing filed for Chapter 7 bankruptcy protection in April, citing debts and unsuccessful attempts to restructure or sell the company. – Associated Press 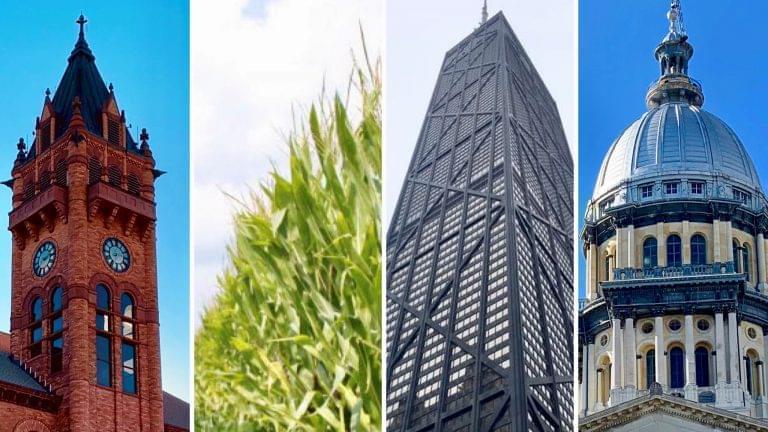