Illinois legislators will be asked on Tuesday to take what many say could be the most important vote of their careers. They have been called back to Springfield to take up a measure that would drastically alter the state's retirement plans.

Doing so would have obvious ramifications for state employees, teachers and university workers whose pensions are at stake. But the impact of a vote is far more widespread. What happens could also affect everything from the state's credit rating and Illinois' next budget, to the 2014 elections.  The outcome is anything but certain.

Plans to deal with Illinois' $100 billion of pension debt have come and gone over the years: a proposal would pass the Senate, only to stall in the House, or vice versa. That is why it was seen as a major breakthrough last week when the four leaders of the General Assembly emerged from a meeting in Chicago announcing they would reached a deal, a bipartisan agreement on how to peel away Illinois' label of having the worst-funded pension system in the nation.

Usually, having that sort of support from the legislative leaders is a near-guarantee a measure is going to pass. Not this time. Sources say leaders are desperately trying to get enough of their members to sign onto the deal, as traditional allegiances topple, skepticism reigns, and next year's election looms.

The stakes are especially high for Gov. Pat Quinn -- who has said passing a pension overhaul is his top priority, and who's fending off criticism he's ineffective as he seeks re-election.

"This is a historic vote,” Quinn said Monday evening at an unrelated appearance in Chicago. “Probably the most important fiscal vote a member of the legislature will ever take in their lifetime in the legislature.  So it's time to get it done and done right."

Quinn's outward push for a pension overhaul puts him at odds with a traditional Democratic ally -- the government employees' unions that helped him win the governor's office four years ago.

The measure before the General Assembly makes a lot of changes to the state's public pension systems, except the plan that covers Illinois judges. But the changes most egregious to unions are reducing how much pensions will grow over time, by scaling back cost-of-living increases, as well as raising the retirement age.

"Politicians like to use the word savings; what will the state save from this or that cut to the pensions' of workers and retirees? What's critical to remember is this: Every penny of so-called savings is a penny that comes from the life savings of teachers, police officers, nurses, care-givers or hundreds of thousands of other active and retired Illinois public employees," said Anders Lindall, a spokesman for AFSCME, the state's largest public employees' union.

Members of AFSCME and other labor unions, like those representing teachers, spent Monday calling legislators' offices, making just that sort of argument. However, unions did agree to a previous version of legislation that included reductions to retirement benefits, their opposition is nothing new.

What is new is that this time around, the unions have unlikely allies in their efforts to kill the legislation: a group of big-name Republicans. U.S. Sen. Mark Kirk urged legislators to vote against it, calling the measure full of accounting gimmicks. And of the four Republicans running of the GOP nomination for governor, two are against it: Treasurer Dan Rutherford says the plan is unconstitutional, and venture capitalist Bruce Rauner has reportedly been working -- with various degrees of success -- to encourage legislators to vote no. Rauner has put more than a million dollars of his personal fortune into his own campaign, and it's likely some legislators may be hoping to get a cut of that for their own campaigns if they stick with him.

Despite Rauner's claim the plan is too weak, and doesn't cut workers' pensions enough, business groups back it.

Mark Denzler, the head of the Illinois Manufacturers' Association, called the legislation "strong" and said it takes a major step toward getting Illinois back on solid financial footing.

"It’s disappointing that you have some individuals who are seeking higher office in Illinois who are using this as a political issue rather than a policy issue,” Denzler said. “And I do think that some individuals would prefer to have issues out there that they can use in the campaign as opposed to solving the issue.”

It may be to Republicans' advantage to keep pensions unresolved, so it remains as a campaign issue against Quinn.

But Rep. Ron Sandack (R-Downers Grove) said conservatives' demands are a pipe dream in this solid blue state, where Democrats call the shots.

“Yet, despite that fact, we Republicans have an uncanny ability to shoot ourselves in the foot, and look a gift horse – to a certain extent – in the mouth,” Sandack added. “Rather than using the opportunity to make an incremental step in the right direction, we’re screaming ‘it’s not enough’ despite the math.  We as Republicans can accomplish nothing. “

Sandack said that he is getting a slew of emails and calls from both unions and conservative Republicans blasting the pension package may be a good indicator that it's just the right compromise.

“The Left is saying it does too much, the Right says it doesn’t do enough -- which starts making me think that maybe, just maybe, the right mixture of ingredients is being brewed together,” he said. “Because if everyone’s a little unhappy there may be a path there toward a good, negotiated bill.”

But having both of those forces at work also means there are lots of places for legislators to run for political cover.

All challenges legislative leaders are up against as they attempt to cobble together the necessary votes to get their plan through the General Assembly, and to Quinn's desk.

Even if they succeed, the fight over pensions will not be over; any pension overhaul is sure to be challenged in court.

U Of I President Warns Employees About Pension Deal 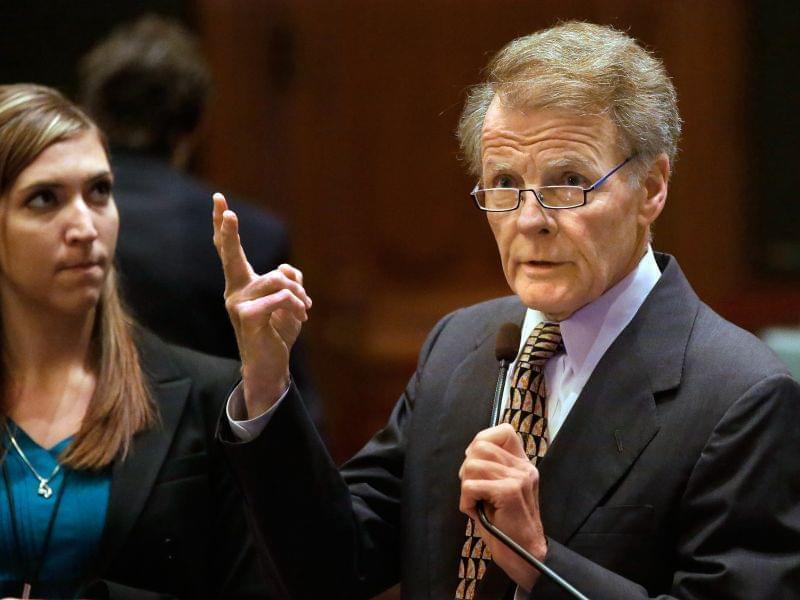