With subzero temperatures in the weather forecast, an agency serving the homeless in Champaign-Urbana is gearing up to offer daytime shelter from the cold. The Phoenix Drop-In Center in Champaign is expanding its hours this week to provide a place for people who are homeless to get warm.

The center, operated by C-U At Home, is usually open on afternoons, Tuesday through Friday. But executive director Rob Dalhaus III says they are keeping the center open from 8 AM to 8 PM, this week.

“We’re going to be open for emergency warming hours, starting when the C-U Men’s emergency shelter closes in the morning, until they reopen in the evening,” said Dalhaus.

The first period of expanded hours were held during the cold snap of January 19-21. This latest stretch of all-day hours began last Saturday, January 26th.

The Phoenix Center and the C-U Men’s Shelter are both located in the former TIMES Center building at 70 E. Washington Street (the corner of Washington and Market) in Champaign. First United Methodist Church of Champaign and other churches have been running the Men’s Emergency Shelter for the past few years, but Dalhaus says C-U At Home will take over its operations next winter.

The emergency shelters operate only at night, and Dalhaus says when cold weather comes, the Phoenix Center sees an increase in visitors who need a warm refuge during the day.

“We certainly see an increase of folks coming through the doors, just because it’s a warm place to go,” said Dalhaus. “There are other places in the community, such as the library or some churches that are open during that time. But we definitely see an increase in those folks.”

The coldest daytime temperatures are expected on Wednesday, when temperatures are forecast to stay below zero all day and overnight. But Dalhaus says they’ll keep the expanded hours going through Saturday, Feb. 2nd. That will coincide with C-U At Home’s annual One Winter Night community awareness and fundraising event, scheduled for Friday night, February 1st.

C-U At Home put out a call for volunteers to help staff the Phoenix Center during its expanded hours this week. Dalhaus they’ve gotten a good response, but could use additional help. He says people interested in volunteering can contact the group’s volunteer coordinator at kj@cuathome.us 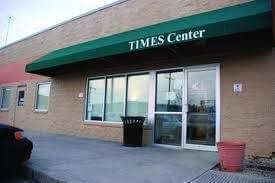