Gov. J.B. Pritzker took the first step Thursday in fulfilling his touchstone campaign pledge of making the wealthy pay more in income taxes as the billionaire proposed a graduated income-tax structure that he said would generate $3.4 billion in new revenue for the financially-strapped state.

"Illinois' flat tax system is unfair to the middle class and to those who are striving to get to the middle class," said Pritzker, a hotel fortune heir and private-equity investor whose $3.2 billion net worth ranked him 251st on Forbes' wealthiest 400 Americans last fall. "People like me should pay more and people like you should pay less."

According to the National Conference of State Legislatures , all but six of 41 states with broad-based income taxes use a graduated rate structure. Other than Illinois, states with a single, flat tax rate on all income are Colorado, Indiana, Michigan, Pennsylvania and Utah.

The flat-rate system was written into Illinois' 1971 Constitution. The change Pritzker pledged throughout his campaign would require a constitutional amendment approved by 3/5th majorities in the General Assembly and ultimately by voters — at the earliest, at the November 2020 election.

Taxpayers earning $100,000 to $250,000 would pay the current flat rate of 4.95 percent. But Pritzker claims anyone making $250,000 or less — 97.3 percent of taxpayers — would pay less in income taxes because the rates are marginal. Rates even for different levels would vary; those at the bottom of the bracket would pay a lower rate than those at the other end of the same bracket.

In addition, he would add a $100-per-child tax credit and an increased residential tax credit — from 5 percent of real estate taxes paid to 6 percent — to soften Illinois' property tax hit, among the highest in the nation.

New revenue, Pritzker said, would go toward eliminating an ongoing budget deficit — predicted to top $3 billion in the fiscal year that begins July 1. He also said it would eat away at $15 billion in debt associated with overdue bills that piled up during the historically messy budget stalemate from 2015 to 2017 , and help substantially in making ever-growing annual payments on the state's pension systems, which are $134 billion short of what they need.

He said options to a graduated tax plan would be to cut state spending on education, public safety and social services by 15 percent, or raise the current flat tax to 5.95 percent, "meaning every family in the state would pay higher taxes."

Todd Maisch, president and CEO of the Illinois Chamber of Commerce, said just 3 percent of the state's wealthiest residents would have to cough up billions more in taxes if the majority of taxpayers don't pay more. And he cringed at the fact that over $1 million, all income would be taxed at 7.95 percent. Businesses, he said, are still reeling from the $15-an-hour phased-in minimum wage law Pritzker signed last month.

"The governor's got this backward ...," Maisch said. "People want to see that we've got spending under control. We've got a lot of new spending in this (proposed) budget. They want to see things that will spur growth. Instead, you've got a $15 minimum wage and now a graduated income tax. That doesn't say 'economic growth' to me."

Senate President John Cullerton and House Speaker Michael Madigan, both Chicago Democrats, are supportive of the idea and said through spokesmen that they welcome negotiations.

"For years people have been saying Illinois should be more like our neighboring states with more modern and fairer tax systems," Cullerton spokesman John Patterson said. 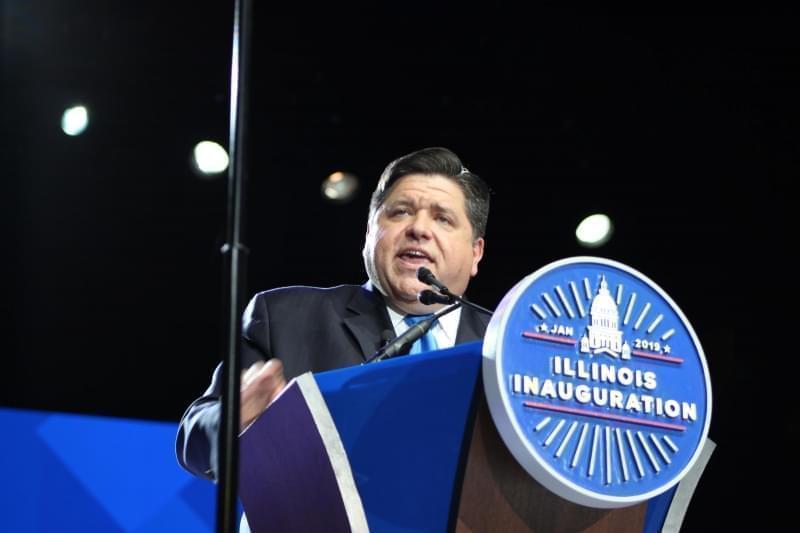