A measure that would allow taxpayer funding for abortions is finally on its way to Gov. Bruce Rauner's desk today.

In Rockford to visit a charter school Monday, Rauner again declined to reveal his specific position on the bill.

“There are passionate voices,” he said, “and I respect, frankly, both sides of the arguments. I am personally pro-choice, but I respect the moral arguments and the debate on the other side, and I am listening and we will make a decision in the near future."

Rauner said he is meeting this week with lawmakers and advocates on both sides of the measure.

The General Assembly approved HB40 in May and, under normal circumstances, it would have been sent to the governor immediately. But State Sen. Don Harmon, D-Oak Park, placed a motion to reconsider on the bill, allowing the measure to be held in response to Rauner's remarks in April, when he mentioned plans to veto the measure.

The Chicago Tribune reports in today's edition that Harmon has removed his procedural hold on HB40 so it can go to the governor. Rauner will have 60 days to decide what to do with it.

"I think the work of the advocates over the last several months has had an effect on the governor," Harmon told WBEZ reporter Tony Arnold. "He has moved from being in favor of the bill to threatening to veto the bill and now he’s back to an undecided position. I think that that means the work is working."

Advocates rallied over the last few months to ensure the governor's signature. The advocates include Personal PAC, a group dedicated to getting pro-choice candidates elected into office.

Rauner ran as a pro-choice candidate, and the group wants to hold him accountable to his campaign promises. They are hopeful the governor has heard from enough women across the state to change his earlier intentions to veto HB40.

But Ralph Rivera, lobbyist for the conservative Illinois Right to Life, said he doesn't think those efforts have made a difference.

"Does that mean he's changed his mind? No. That's what a governor or an elected official would do: listen to both sides," Rivera said.

The bill puts Rauner in a tricky position as he prepares to seek re-election -- one where a veto would anger those who favor abortion rights, while signing it could alienate conservatives who are opposed.

On Sunday, Rich Miller reported in Capitol Fax that Personal PAC is soliciting support for a full-page ad to run in newspapers around the state with the headline, "Bruce & Diana Rauner  Lied To Us!"

The proposed ad quotes a campaign statement in April 2014 where then-candidate Rauner said, “As Governor, I will work to ensure equal access to contraception and abortion services…I dislike the Illinois law that restricts abortion coverage under the state Medicaid plan and state employees’ health insurance because it unfairly restricts access based on income. I would support a legislative effort to reverse this law.”

The ad then notes Rauner's statement in April 2017 that he would veto the bill.

The proposed ad also claims that Diana Rauner took out a full-page ad in the Chicago Tribune in October 2014 stating that her husband was a pro-choice candidate. 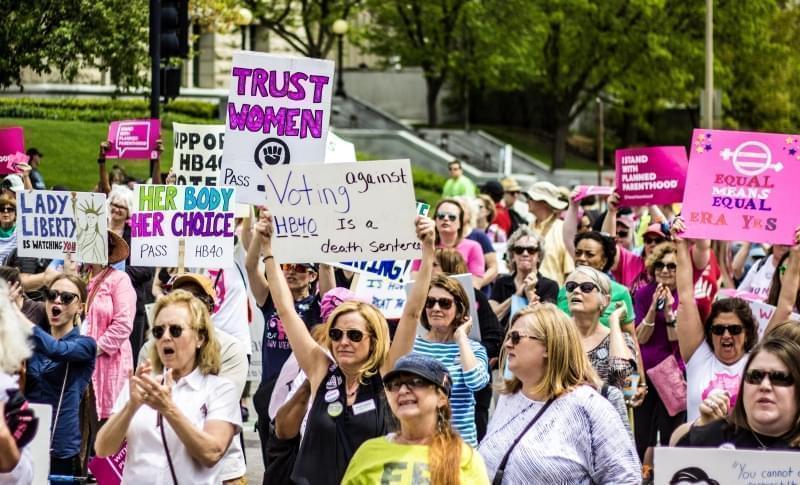