A few dozen demonstrators gathered in front of the Champaign County Courthouse in Urbana Wednesday afternoon to protest against the arrest and deportation of local immigrants.

A local progressive group, Bend The Arc: CU, hosted the rally. Organizers said they wanted to bring attention to U.S. Immigrations and Customs Enforcement arrests of immigrants living in the community. They likened the arrests to the family separations that have taken place at the U.S.-Mexico border. The demonstration comes a little more than a week after hundreds turned out in Champaign to protest the Trump administration's immigration policies. 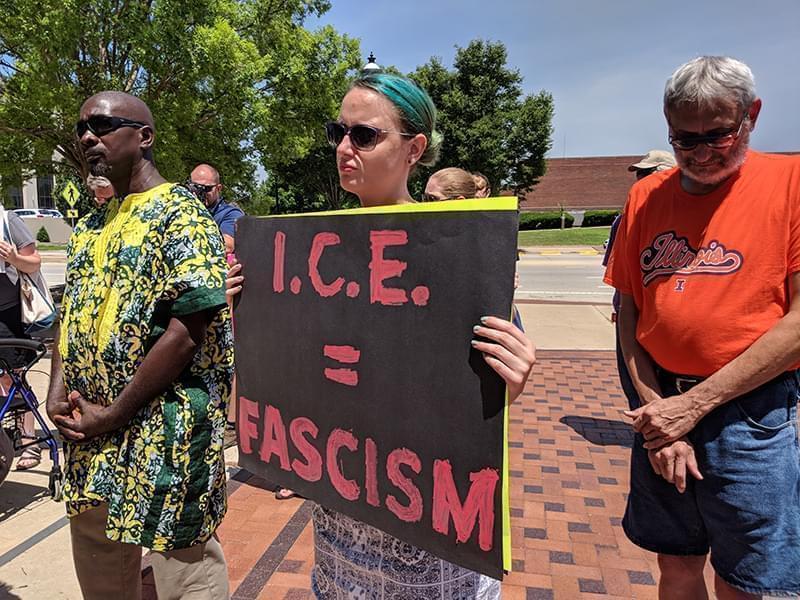 Outside the courthouse, two children, a boy and girl under the age of 10, carried hand-made signs with pictures of their families. One sign said: “ICE: I miss my dad. Bring him back!” Their father, a Champaign resident, was arrested by ICE in late June and is currently in a detention facility in Missouri. 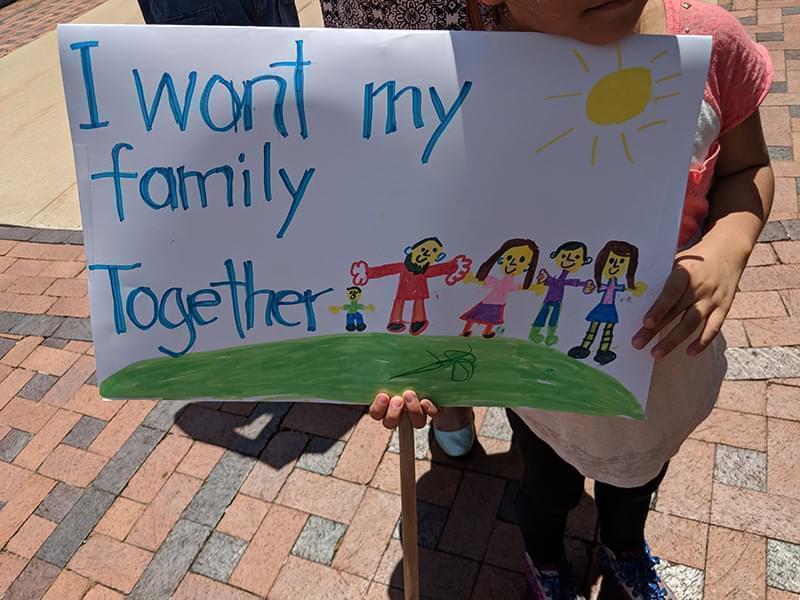 Olivia, an undocumented immigrant and Urbana resident whose husband was arrested by ICE earlier this year, spoke at the rally. She’s the mother of four children -- all U.S. citizens -- and she said ICE has twice arrested members of her family. Lucia Maldonado, Latino parent liaison for Urbana School District 116, translated what she said into English.

She told the crowd she had a message for the U.S. government and ICE agent.

“God is watching,” she said. “And God made us to be together and to be united with all different people. They’re doing exactly the opposite.”

A young female counter-protester circled the rally carrying a sign that said “I support ICE.” Joe Omo-Osagie, a counselor at Parkland Community College, referenced the woman when he spoke about how the fear of ICE and those who support the deportation of immigrants had impacted his family. Omo-Osagie is an immigrant with legal status. But he said his wife worried about how his children would be perceived -- so much so that they agreed to change their last names to hers. 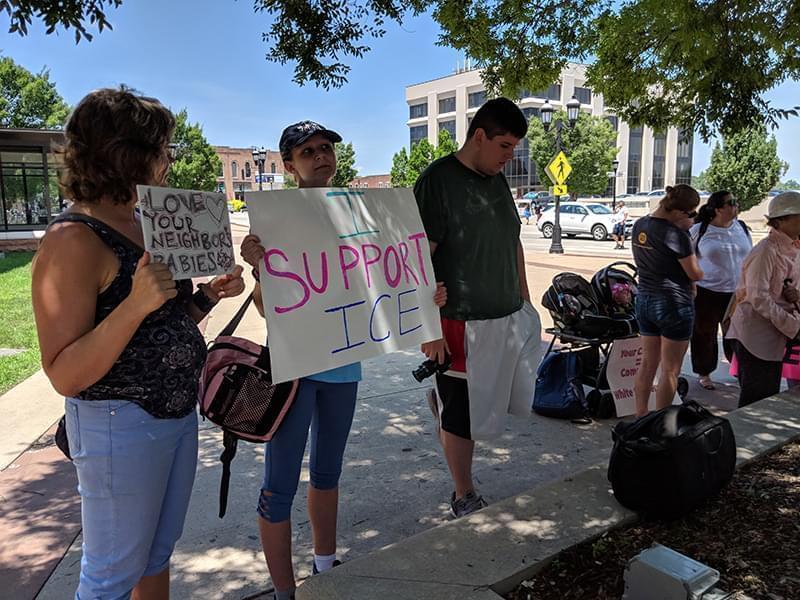 He said that fear has impacted the immigrants students and students with immigrant family members that he serves at Parkland. Some of them now struggle in school because of their nagging anxiety, he said.

“They fear their parents are going to be taken home by those who support ICE. I fear for them. I want to see them succeed,” he said.

Rally organizers urged those in attendance to contact their representatives in Congress to express their denouncement of ICE actions on both the national and local scale. 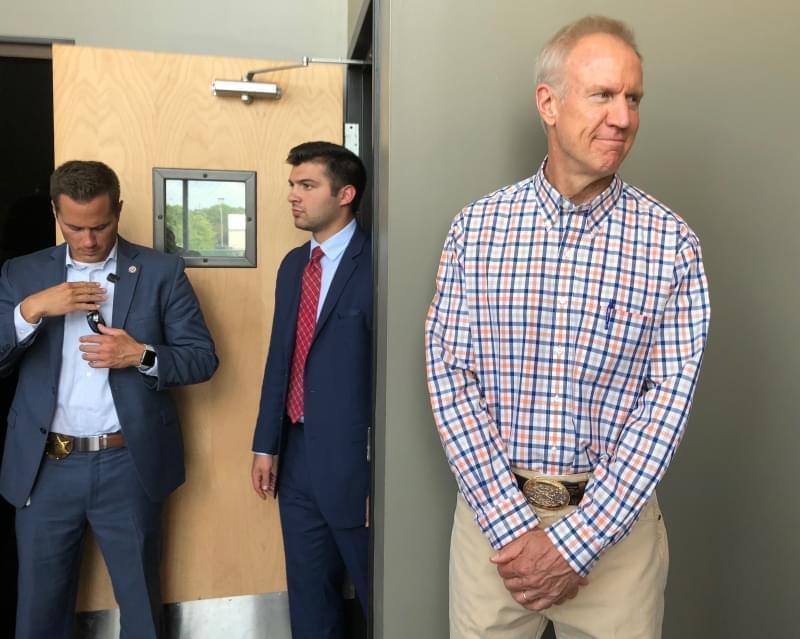 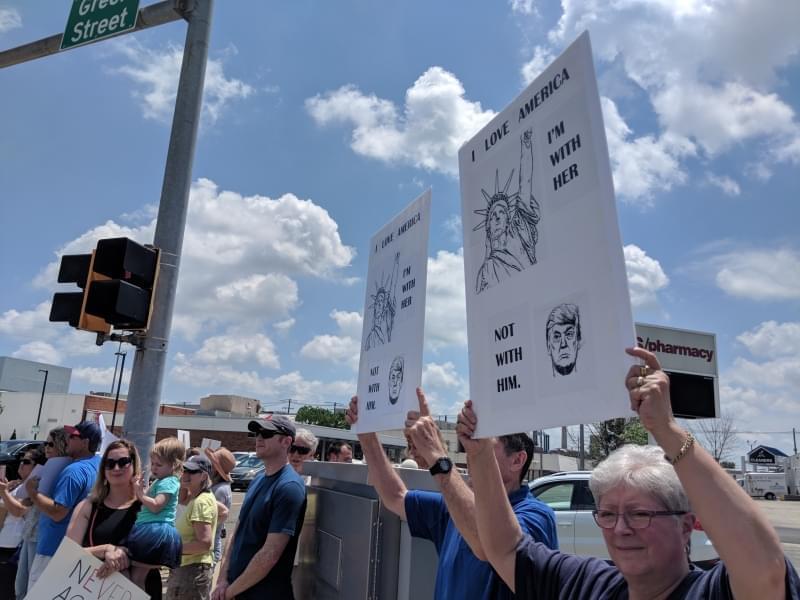 In Champaign, Hundreds Turn Out To Protest Trump’s Immigration Policies