Supporters of Egypt's ousted president are gathering for protests in the capital to demand his reinstatement.

The army, which removed Mr Morsi and detained him in response to widespread unrest, has said it will allowed peaceful protests.

Adly Mahmud Mansour, the top judge of the constitutional court, is now Egypt's interim leader and has promised that elections will take place soon.

The African Union has announced it will suspend Egypt from all activities.

Admore Kambudzi, secretary of the body's Peace and Security Council, said the move was being taken in line with AU policy "until the restoration of constitutional order".

The removal of Mr Morsi by the army followed days of mass protests, largely organised by the Tamarod [Rebel] movement.

The protesters accused Mr Morsi and the Muslim Brotherhood - the Islamist group of which he is a member - of pursuing an Islamist agenda against the wishes of the majority, and of failing to tackle economic problems.

Mr Morsi, Egypt's first freely elected leader, is in detention, as are senior figures in the Brotherhood. Arrests warrants have been issued for some 300 others.

The army command has said it will not take "arbitrary measures against any faction or political current" and would guarantee the right to protest, as long as demonstrations did not threaten national security.

"Peaceful protest and freedom of expression are rights guaranteed to everyone, which Egyptians have earned as one of the most important gains of their glorious revolution," it said.

But Muslim Brotherhood spokesman Gehad al-Haddad said the movement was refusing to co-operate with the new leadership and demanded the immediate release of those detained.

At his news conference on Thursday, he said the Brotherhood would take part in "peaceful, people-led protest".

Mohamed Soudan, foreign relations secretary for the Brotherhood-affiliated Freedom and Justice Party (FJP), said the army action and the arrests were moving Egypt "back to the dictatorship regime".

Thousands of Brotherhood supporters have been camped outside Cairo's Rabaa al-Adawiya mosque, vowing to stage a "Day of Rejection".

"We came from all of Egypt for one goal only, to return the democratically elected president to the palace," said one man.

The BBC's Rana Jawad in Cairo says some have been calling for the execution of Gen Abdul Fattah al-Sisi, the army chief who announced the ousting of Mr Morsi.

Tanks and military personnel have been deployed to potential flashpoints in the capital and the mood is tense, says our correspondent.

On Friday, troops were deployed in Mr Morsi's hometown of Zagazig, in Shariqiya province, after rival protesters clashed. The health ministry said 80 people had been injured.

Some 50 people have died since the latest unrest began on Sunday.

Mohamed ElBaradei - a leading opposition figure who backed the overthrow of Mr Morsi - said the army's intervention had been "painful" but was on behalf of the people and ultimately averted civil war.

"Mr Morsi unfortunately undermined his own legitimacy," he told the BBC.

He said elections would be held within a year at the most as the army had no intention of ruling.

He had urged the military to treat Mr Morsi with "full dignity as a former president", he said, and hoped detained Muslim Brotherhood members would be released.

Mr Mansour was sworn in as interim head of state on Thursday, vowing to safeguard "the spirit of the revolution" which had removed Hosni Mubarak from power in 2011.

He has invited the Brotherhood "to participate in building the nation".

The army's roadmap for the post-Morsi era includes:

Security checkpoints at al-Arish airport, near the border with Israel and the Gaza Strip, and a police station in Rafah were targeted, officials said.

Sinai has seen a series of militant attacks on security installations and oil pipelines over the past two years, and it is unclear whether the latest attacks are linked to the political upheaval. 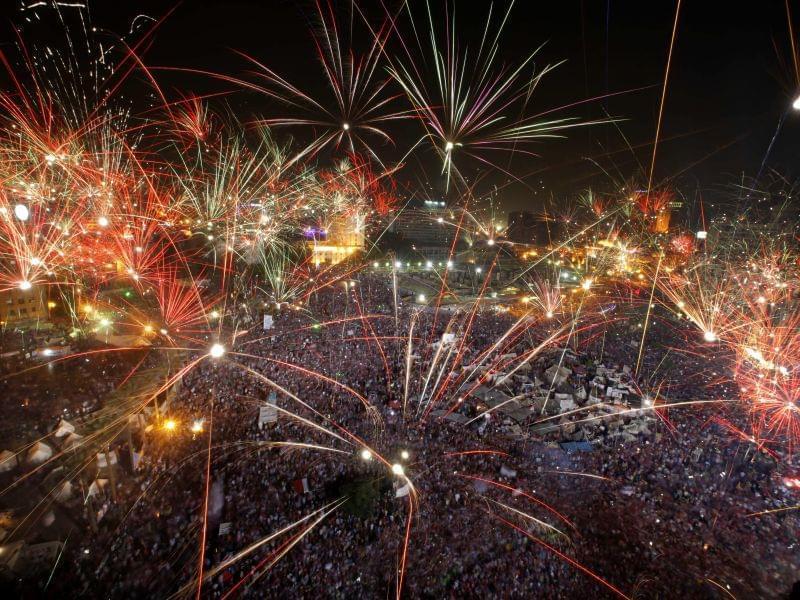