Quinn Wednesday said he wants to make the income tax increase, set to expire in January 2015 permanent. He said that would cause "savage cuts" to schools and other critical state services.

Illinois faces a rollback of the temporary income tax increase in January and a roughly $1.6 billion revenue drop.

Quinn says "maintaining'' the tax rates will keep money for crucial services and schools. Republicans have vowed to fight any extension of the increase.

The governor also said he wants to give homeowners relief by offering a tax refund for those who pay property taxes.   He said that each homeowner will get a $500 property tax refund each year.

"I propose that we take the path that is honest and responsible," Quinn said. "The path that protects everyday families and invests in their future. The honest path, that includes some additional hard steps but leads us out of the era of budget emergencies."

The speech comes as Quinn faces a tough re-election challenge from Republican businessman Bruce Rauner, who calls Quinn the "worst governor in America.''

Illinois also faces billions in unpaid bills and uncertainty with its pension debt. A newly-signed pension overhaul cuts benefits for state employees and retirees, but unions have sued because they think it's unconstitutional.

Quinn is also calling for a "rainy day fund'' in the Illinois state budget.

He said officials "need to build our reserves to protect taxpayers in the event of an economic downturn or an emergency down the road.''  It's part of what Quinn says is a plan to provide "stability'' in the long-term budget.

He also called for "solid spending caps'' to ensure the state doesn't defer its financial obligation.  Quinn did not say how much money should be reserved in the rainy day fund.

“So most people are already getting a tax cut on their property taxes for the deduction, he’s taking that away," he said.  "But at the same time, he’s taking money out of your pocket.  If you really want to help the working family of four making 50,000 a year, give them their week’s pay back.”

Rose says he was also taken aback by the ‘lack of detail’ in Quinn’s budget, saying legislators normally have a financial document ahead the speech. He also questions why the income tax hike should have to be extended when it’s already raised $26-billion that was supposed to pay for education and other bills.

State Rep. Naomi Jakobsson (D-Urbana) said Quinn laid out some 'very good things' in his 5-year budget plan, but also cited a lack of a document to back it up.

"There wasn't a real budget proposal put out with these," she said. "While it's a plan, we just have to move on as legislators and do what our job is, and that is to base - on realistic revenue projections - prepare a budget."

Jakobsson has been a backer of a graduated income tax, in which those who earn more pay more.  That proposal saw some discussion in the Senate Tuesday, but Gov. Quinn didn't bring it up in his speech.  Jakobsson said backers haven't given up on it.

Republican and Quinn opponent for governor Bruce Rauner released a statement shortly after the budget address, saying the governor broke a promise by wanting to making the income tax hike permanent.

"After five years of Pat Quinn’s failed leadership, we have record tax hikes, outrageously high unemployment, massive cuts in education, and there’s still a giant budget mess in Springfield," he said, in a press release.  "It’s now or never to save Illinois. We can balance the budget without more tax increases, if we create a growth economy, and restructure and reform our broken government." 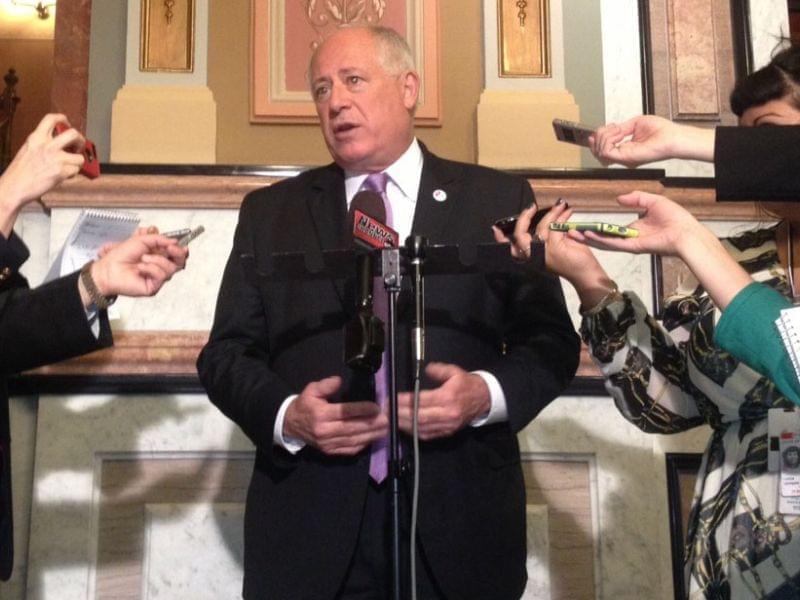