Before a company like Great Lakes Basin can build a railroad, it needs land.  And since much of that land is privately owned, the firm needs a way to buy it.

How can a company like Great Lakes Basin Transportation convince people to sell their land when it's needed for their project?

Large transportation projects like railroads and interstate railways engender resistance from people whose land lies on its route.  However, if they all refused to sell parts of their land, none of this infrastructure could get built.  That's why governments and private companies make use of a legal procedure called eminent domain.

What is eminent domain?

The company in charge of the project (in this case, Great Lakes Basin Transportation Inc.) plans their route.  Once the company has a definitive path, they'll have an idea of what land they need.  This process would allow them to purchase the land they need outright.

What is the legal basis for this power, and how does a company obtain the privilege in Illinois?

The concept comes from the 5th Amendment to the U.S. Constitution.  The final clause says private property can't be seized by the government unless "just compensation" is given to the owner.  Traditionally, this is interpreted as the fair-market value of the land.

States have their own rules on who can make use of eminent domain.  In Illinois, a list of these groups is maintained by the state government.  Certain parties, such as the Department of Transportation, always have eminent domain authority, since it's essential for major road projects.  However, entities that aren't on the list, such as GLBT, need to petition for the privilege on a case-by-case basis.   If approved, the company has eminent domain authority for their specific project.

To whom does a private company need to petition for eminent domain rights?

Most parties need to send a proposal to the General Assembly.  However, public utilities instead make their case to the Illinois Commerce Commission.  There's an exception in the law for railroads, like the GLBR.  These projects are pitched to the Surface Transportation Board, a regulatory body under the federal Department of Transportation.

What conditions must these projects meet to receive approval?

What qualifies as "necessary?"

Davidson says the definition can vary.

"Some projects, especially road projects, have very obvious safety reasons.  If they're going to reduce a hill or a blind spot that causes a lot of accidents, they might have to acquire land so they can lower the hill and spread it out."

However, more economically-oriented projects may have trouble meeting this condition.  The Rock Island Clean Line is a project that would build transmission lines from Iowa through Whiteside, Henry, LaSalle, Bureau, and Grundy Counties. The project was approved by the Illinois Commerce Commission.  However, an appellate court later ruled it didn't meet two conditions to qualify as a public utility.  That case is being appealed to the Illinois Supreme Court.  But even before the appellate ruling, the Commerce Commission had not granted eminent domain rights.

If the Great Lakes Basin Railroad is approved, how does the eminent domain process proceed?

The company would first send an appraiser like Davidson to examine the land.  Similar to how real estate agents value open houses, he would compare neighbors' land to establish the local market price.  His price would normally be close to that figure, but Illinois law specifically incorporates damage from a large project into the final property value.

“If you had a nice rectangular field, that’s very efficient to farm," Davidson says.  "If you do a cut and put angles in that or make an irregular line, that makes it less efficient to farm and that creates a damage to the remainder.  You can offset that with a special benefit to that property, but that’s all.  They (the owners) always get paid for what’s taken.”

In a few cases, Davidson says it's even possible to improve the value of the property.

Is the owner limited to the price they're quoted?

No. Davidson says once the property is appraised, they send out a negotiator, who has some wiggle room.

"The negotiator is not necessarily bound to that exact amount on the appraisal.  He has some leeway, usually at least 10% without any problem," he explains.  "And if the property owner can show that the appraiser has failed to recognize some element of compensation or value, then they may actually change it considerably or send the appraiser back to take a second look."

Can companies pay more than the appraised value?

Yes, and it's often to their advantage in terms of landowners' willingness to make the sale.

GLBR lawyer Mike Blaszak says the company intends to pay $20,000 per acre of farmland.  He says that price "substantially exceeds the current fair market value if it were to be sold as farmland."

What does a company do if the owner won't make a sale?

They can initiate a legal process called "quick-take."  Both the condemning authority (the legal term for the company with eminent domain rights) and the owner meet in court.

The company demonstrates they've gone through the appraisal process and that they can't reach an agreement.  The property is deeded to the state, and money is put into an escrow account that the owner has access to.  The amount is based on the property's appraised value.

At this point, however, Davidson says there is no decision on record.

"The condemning authority has title of the property," he explains.  "They can continue with their project, but they continue to negotiate with the property owner, and if they really can't reach an agreement at some point, then it will actually go to trial."

Davidson says trials are uncommon (he says he was involved in 5 total out of more than a thousand quick-take cases).  This is due to their expense, time commitment, and negative effect on both parties' relationship.  The vast majority of quick-take cases end in a settlement.

Is eminent domain the same across state lines?

The overall process is the same (map out project, value property, make an offer, and use quick-take if necessary).  However, the conditions companies need to meet when presenting their project differ.  There may also be a distinction between public and private projects.

A couple of Beloit-area lawmakers are trying to put forward a proposal to remove Wisconsin eminent domain authority from private companies.  State Rep. Mark Spreitzer says his constituents are concerned about businesses having this power, and he's trying to send that message to other lawmakers.

"And my message to them would certainly be that something like this could happen in their district and these laws were written way before anything like this was anticipated, way before people live in the kind of density that they do now."

Finally, when could the Great Lakes Basin Railroad start making use of eminent domain?

The Surface Transportation Board needs to finish reviewing the railroad's proposed route.  Specifically it must draft an environmental impact statement.  This details the various ways in which the railroad could impact the land through which it passes.  Until the STB releases this statement and approves the proposed route or an alternative, GLBT cannot invoke eminent domain.

You can find part four of Down the Line tomorrow at willnews.org.  Here are links to the first two parts in this five-part series: 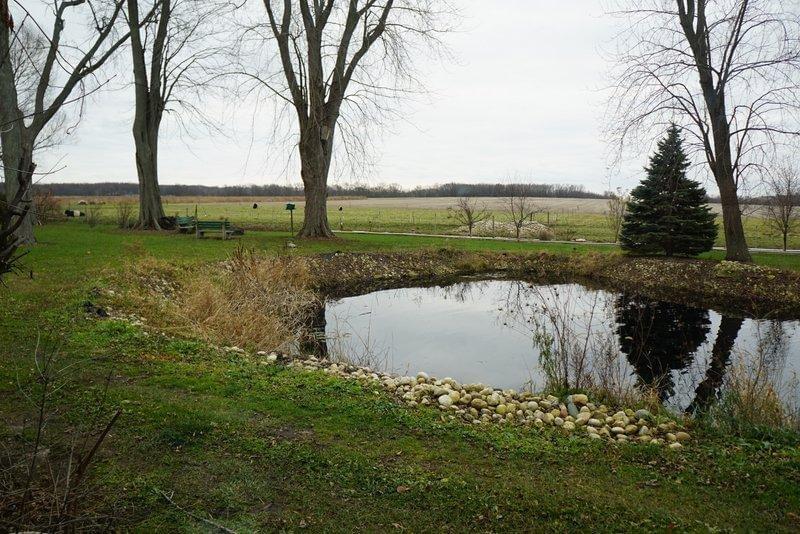 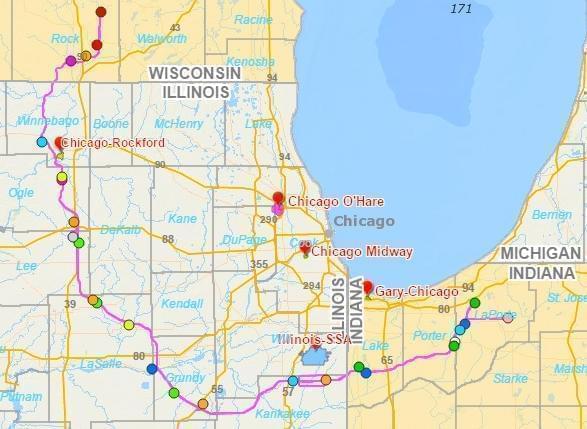 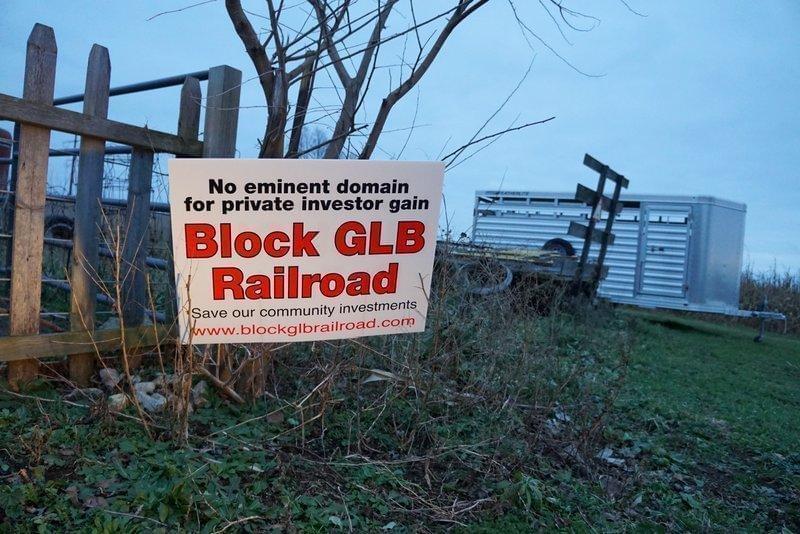