The first-term Republican delivered brief comments from the Old State Capitol Tuesday, the evening before legislators were set to begin a special session on the budget.

He called for lawmakers to set aside partisan differences, asking the Democrat-controlled Legislature to back a plan introduced by Republicans last week. Rauner says failure to act could cause "permanent damage."

The proposal includes a four-year property tax freeze and term limits, along with a four-year income tax increase.

Rauner has been deadlocked with legislative Democrats since taking office in 2015.

If lawmakers don't reach agreement by July 1, Illinois will enter a third year without a budget.

Rauner Calls For Compromise, Then Attacks 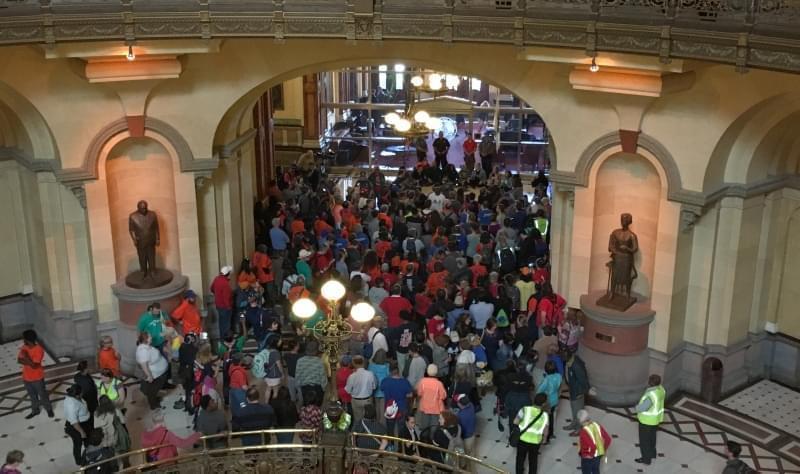