The move Tuesday follows a judge's order last week to release the squad car dash-cam footage. McDonald was shot 16 times on Oct. 20, 2014. Police say he refused to drop a knife.

Some worry the images could lead to the kind of unrest seen in Baltimore and Ferguson, Missouri, and other cities after young black men were slain by police or died in police custody.

Lawyers who have seen the video say it shows McDonald with a small knife and walking away from officers. They say Officer Van Dyke opened fire from about 15 feet and kept shooting after the teen fell to the ground.

Businesses in Chicago are advising tenants to be prepared for protests as Chicago officials release a video showing a white police officer shooting a black teenager 16 times.

Some management companies have said they intend to operate as usual but are prepared to lock down buildings if protests become unruly.

Gov. Bruce Rauner says Illinois State Police are working with Chicago officials to ensure people remain safe following the release of a video that shows a white police officer shooting a black teen 16 times.  Chicago Police Officer Jason Van Dyke has been charged with murder in the killing.  The video was released at 5:30 p.m. Tuesday.

Rauner says the video is "very troubling'' and that he expects public reaction to be "strong.''  But he says he hopes and believes the response will be "thoughtful and peaceful.''

The Republican declined to say whether he's deployed additional troopers to Chicago or put the Illinois National Guard on standby.

Chicago Mayor Rahm Emanuel says it's up to the justice system to hold Van Dyke accountable.  Emanuel released a statement Tuesday after Van Dyke was charged with first-degree murder.

Emanuel's statement says Van Dyke's "actions violated ... the moral standards that bind our community together.'' The mayor says the officer's actions "are in no way a reflection of the dedication and professionalism that our police officers exemplify every day and that our residents expect throughout our city.''

Emanuel and Police Superintendent Garry McCarthy urged calm as they prepared to release the video.

The officials spent the first several minutes of a news conference early Tuesday evening to ask residents to be peaceful in their protests and to lay out plans for policing the city should demonstrations escalate.

The video is graphic and may be upsetting to viewers.

Ex-Chicago Police Commander Burge Getting Out Of Prison 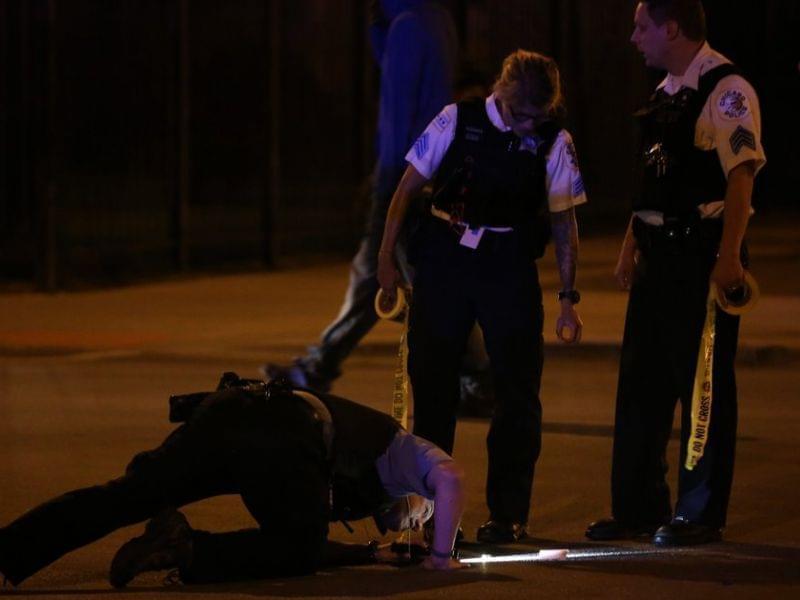