Gov. Bruce Rauner wrapped a 10-city tour with a visit to a Champaign manufacturer Wednesday. As his call for budget reforms wrapped at HL Precision Manufacturing on the city's west side, about 25 members of state government unions called on the Republican governor to 'do your job', saying Rauner should come to the table to negotiate with AFSCME.

Members of the Service Employees International Union, Jobs with Justice, and AFSCME chanted as Rauner left the business. AFSCME is fighting Rauner’s claim in court that the two sides are an impasse.

“If he (Rauner) truly wants to come to some type of agreement, it would be best not to sell it to the courts, but to talk about it through his people, and through our people, and let’s to a compromise to serve the best interests of the citizens of Illinois," he said.

Rauner says he wants to pay government unions based on productivity, not seniority.  He says not being able to impose his contract terms with AFSCME is costing taxpayers $2.5 million a day.

The governor also says he’s not sure if a University of Illinois proposal that would guarantee five years of state funding in exchange for meeting certain metrics is constitutional. He won't take a position on the plan.

The bill pitched by U of I President Tim Killeen would tie more financial aid and student admissions, and increased graduation rates - in exchange for five years of ‘baseline’ funding.

Rauner says he does appreciate Killeen’s creativity as a way of seeking reforms in higher education funding.

"Here’s the challenge – our universities, and unfortunately, the U of I is one of them, universities have a lot of bureaucratic administrative overhead costs," he said. "Pensions, work rules, layers of bureaucracy, procurement restrictions, and that’s why we’re working hard to get those reforms.”

Meanwhile, Rauner says his "heart is breaking" for Northeastern Illinois, Chicago State, Eastern Illinois, and other state universities forced to make cuts or start furlough days. Public colleges and universities have received no state funding since December and no full state appropriation since 2015.

The governor blames those moves on the lack of a balanced state budget plan, and calls another stopgap funding proposal by House Democrats a "band aid over the problem."

The visits over two days were not listed on Rauner's official schedule. A Rauner spokesperson says the trek around the state was about reforms needed in Springfield.

"It's not a re-election announcement and has nothing to do with a campaign," said Kirsten Kukowski. "It's being paid for with political resources, not on the taxpayer's dime." 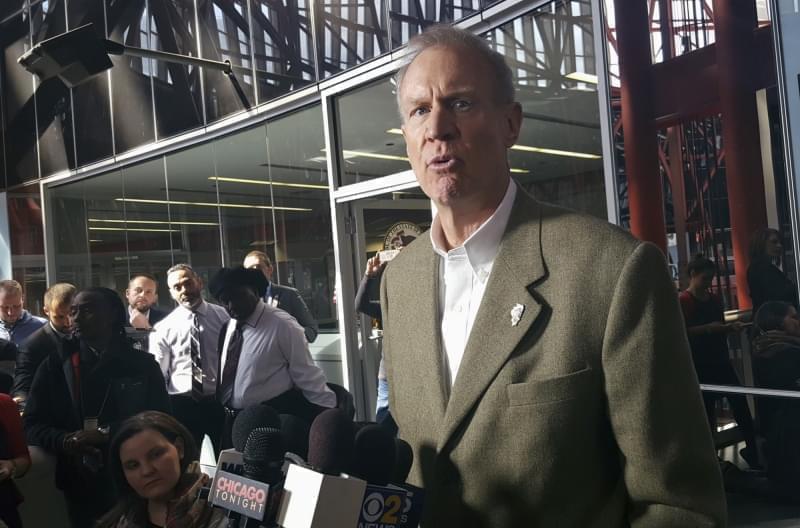