The restoration project for a northern Illinois landmark known as the Black Hawk statue is near completion after funding and weather-related delays.

The 108-year-old monument at Lowden State Park has spent most of the past five years beneath plastic covering to protect it from harsh weather.

Standing at 48 feet (576 inches) tall, the statue, officially titled The Eternal Indian, overlooks Rock River in Oregon. It was inspired in part by the life of Black Hawk, the Sauk leader and warrior.

The work is one of the tallest concrete monolith statues in the world.

It was created by Illinois sculptor Lorado Taft, whose other works include the Alma Mater sculpture at the University of Illinois.

WLS-TV reported the statue's arms had to be fully replaced. The head needed to be repaired and most of the decayed exterior concrete has been chipped away and replaced with a new, less permeable concrete mix.

The target date for completion of the statue's restoration is the end of December, WLS-TV reports. 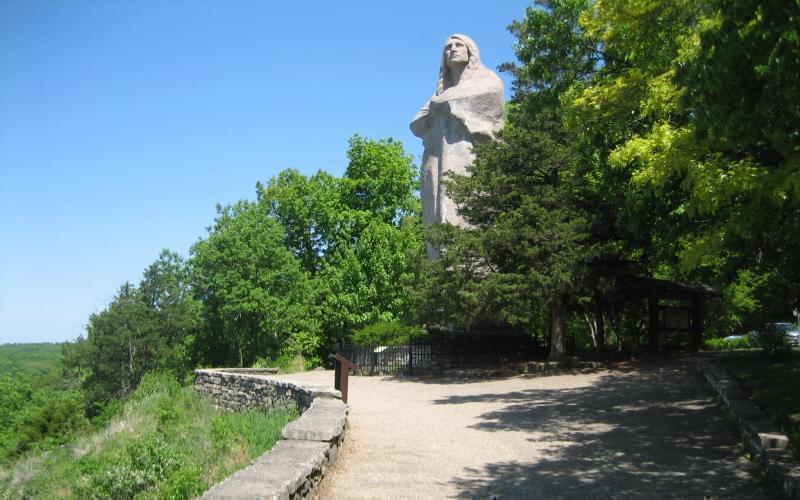