The Republican Primary for Illinois governor does not happen until early next year, but over the weekend voters in Champaign County heard from all four candidates and chose their favorite in a straw poll.

Party faithfuls also had the chance to reflect on the GOP’s vision.

In a straw poll at the Champaign County Republican Party’s annual Fall Festival in Urbana, State Treasurer Dan Rutherford came out on top. Rutherford’s message ahead of the vote was clear --- for the Republican Party to grow, it must diversify.

“We have to accept that there are people out there that should be and could be good Republicans that are different skin colors than us,” Rutherford said. “They pray to a different God than us. They have a different mother country than some of us western Europeans got.”

One example of that diversity can be seen in Rutherford’s choice for a running mate. He picked Chicago Attorney Steve Kim, who if elected, would be the state’s first Asian American lieutenant governor. 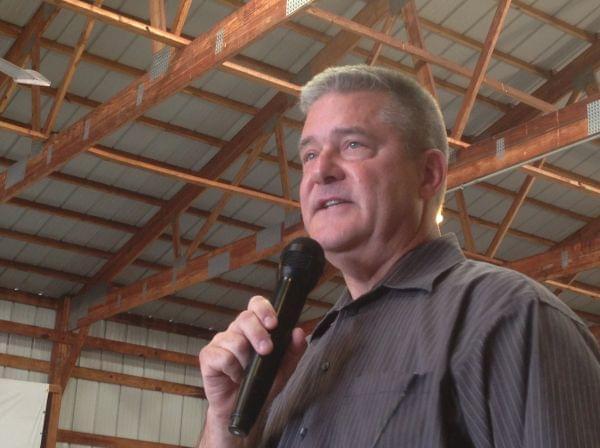 Bruce Rauner, a Chicago Venture Capitalist, took second in the straw poll. Rauner called the GOP “the party of America.” He wants Republicans to rally around lower taxes, limited government, and personal responsibility. He said he can restore the state.

“My youngest daughter said, ‘Daddy, don’t run for governor. I don’t want you to go to jail.’ I said, ‘Katie, that’s one of the reasons I want to run. I’m going to put all those corrupt guys in prison, and all their cronies,’” Rauner said. “The government union bosses who make their money from the taxpayers own the Democratic Party and unfortunately for us they own a lot of the Republicans in Springfield, too. We got to change that.”

Rauner is pushing for a ballot initiative to make it more difficult to override a governor's veto. He also wants to change the makeup of the General Assembly, and push for term limits. 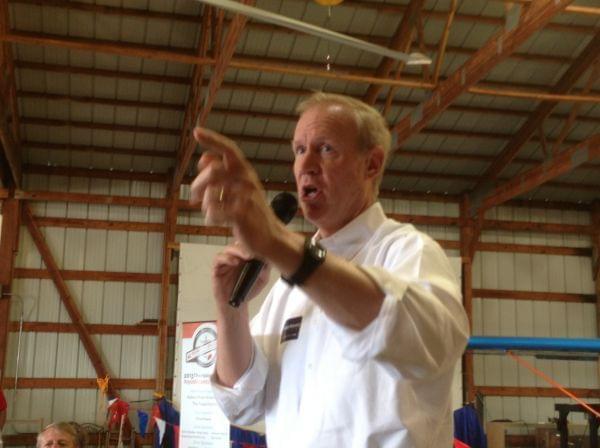 State Sen. Kirk Dillard (R-Hinsdale) stressed the importance of fixing the state’s finances, and strengthening higher education at schools, like the University of Illinois.

Dillard narrowly lost the Republican Primary for governor in 2010, and in Sunday’s straw poll, he came in third place. Dillard served as former Republican Gov. Jim Edgar’s chief of staff, and he is determined to see Democratic House Speaker Michael Madigan back in the minority.

“We’re going to do the same thing that we did in the Edgar administration with Mike Madigan,” Edgar said. “We’re going to make him the minority leader. And we also want every, every constitutional office statewide. So, I am the electable Republican. I know how to make a Democratic legislature do things that’s not in its DNA to do like live within its means.”

Dillard was the only candidate to bring his running mate, State Rep. Jil Tracy (R-Quincy). She also addressed the crowd of about 450 people. 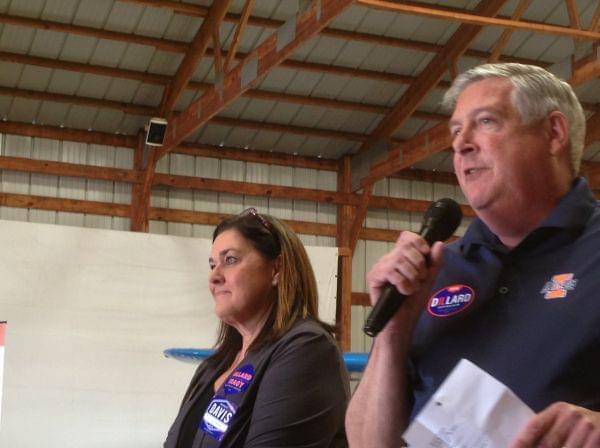 Bill Brady, the Republican nominee for Illinois governor in 2010, came in last in Sunday’s straw poll. The state senator from Bloomington urged voters to give him another shot, so that he can fix Illinois’ unemployment rate, address the unfunded pension liability, and attract new businesses. 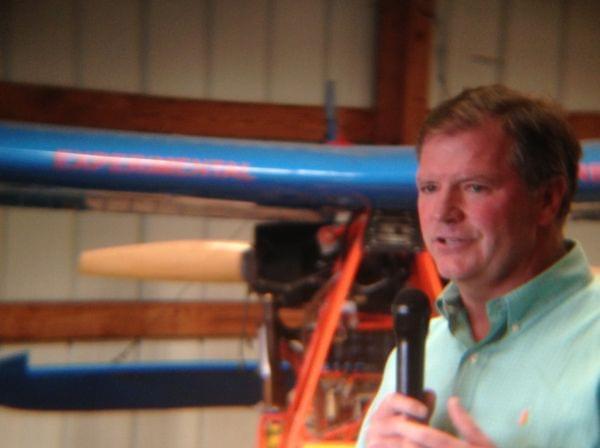 After the candidates spoke, Harriet Rose held onto flyers and pamphlets from each of them. Her son is State Sen. Chapin Rose (R-Mahomet). Rose is still undecided, and she said she likes what they all had to say.

“Brady made a grammar mistake, which really he shouldn’t have done that,” Rose smirked, adding that will not affect whether she supports him.

Rose explained that she wants a governor who can turn the state’s economy around.

“The Illinois economy really needs a boost, and taxes are a problem,” Rose said. "I wish we could take back some of the power from Chicago.”

Champaign resident Todd Hunter was also at the event. This is the first year the candidates can pick their own running mates, something Hunter said will be on his mind as he decides who to support.

“It’s really the only insight into who else they’d pick, and whether they’re going for a strong personal relationship or something they think will be attractive to certain voters or all voters or fundraising,” he said. “It tells me what their priorities are. ”

The final tally on the straw poll showd Dan Rutherford with 50.4 percent of the vote, followed by Bruce Rauner with 22.6 percent, then Kirk Dillard with 19.1 percent, and Bill Brady trailing with 7.8 percent. But like any campaign, a lot can change in six months.