Inside a packed basketball arena in southern Illinois, Democratic presidential contender Bernie Sanders’ made Weasel Forsythe’s day.  Forsythe was one of several thousand people who saw the Vermont senator speak Friday on the campus of Southern Illinois University - Edwardsville. When Sanders was through with a roughly 50-minute speech, he gave Forsythe a hug.

“Bernie shook my hand and I was like ‘Could you sign my shirt, it has Deadpool,” said Forsythe, referring to the Marvel anti-hero. “He was like ‘Well, uh, um – I’m a bit uncomfortable with that!’ And he gave me a big hug and said Thanks for coming out’ and it was so awesome. I’m over the moon.”

While Sanders couldn’t embrace everybody on Friday, he was able to fire up the crowd with an address laced with economic populism. It comes a little more than a week before the March 15 presidential primaries in Illinois and Missouri.

“A great nation is not judged by the number of millionaires and billionaire it has,” Sanders said. “It is judged by how it treats the weakest and most vulnerable amongst us.”

“How does it happen that unarmed African Americans are being killed by police officers?” Sanders said. “And it’s not just the African-American community that’s upset about it. It is all Americans. We need real criminal justice reform.”

“I have worked with police officers for many, many years. The vast majority of police officers are hard working. They are honest. And they have a very, very difficult job,” Sanders said. “But when a police officer like any other public officials breaks the law, that officer must be held accountable.”

Compared to raucous and borderline profane GOP race for president, Sanders’ barbs against Clinton on Friday were relatively tame. But he did criticize the Democratic front-runner on a number of issues, including Clinton’s vote to authorize the Iraq War and her embrace of certain trade deals like NAFTA.

“They can shut down here and go to Mexico and go to China or go to Vietnam,” he added. “And then, they can bring their products back into this country.”

While Sanders’ continues to attract big crowds to his speeches, he’s trailing Clinton fairly decisively in the race for the White House. Clinton prevailed in most of Tuesday’s slate of primaries, providing her with a sizable lead in terms of delegates.

And Clinton may have some big advantages in Illinois, which is the state where she grew up. For one thing, Illinois has a fairly large African-American population – a demographic group that’s strongly backed Clinton’s campaign. And many political figures with sophisticated political operations – including U.S. Sen. Dick Durbin and Chicago Mayor Rahm Emanuel – endorsed Clinton over Sanders.

Still, some attendees believe Sanders has what it takes to put up a fight in Illinois – especially among younger voters.

“One of the main platforms that Bernie is running on is free college and free tuition,” said Michael Lennix. “This state is going through a budget crisis where it is laying off teachers. … And so I would say because it is so important to the students to have an education, Sanders will win this state.”

Morgan Green came to Friday’s speech with a “Millennials for Bern” sign. She predicted that Sanders’ campaign could gain traction in places with a lot of college students, like Edwardsville.

“The amount of people, especially … the Millennial age, they’re very interested in a different kind of politics,” Green said. “He’s more for the people I would say. And I think there’s a huge shift in the way people are voting.”

Friday’s rally also featured a number of political figures and residents from Missouri. Saint Louis University student Logan Allgood said it might be challenging for Sanders to outflank Clinton in the Show Me State.

“It’s going to be tough,” Allgood said. “But he’s had some great victories on Super Tuesday. He won four states. He won Oklahoma, which I was kind of surprised about. But he really campaigned there and convinced people to vote for him. So I hope he can have a really good showing and get maybe half the delegates. I would be happy with that in Missouri.”

Sanders didn’t make any predictions on how he’d do in his speech. But he did note that several polls conducted in February had him besting possible GOP nominee Donald Trump in a general election.

“We will defeat Trump because in America, people understand that togetherness – bringing out people together – is more important than Trump’s divisiveness in dividing us up,” Sanders said. “The sense of community knowing that we are not alone, that we here to help each other trumps selfishness.”

And for those that doubt Sanders’ appeal, Max Kieffer has a simple message: “Everybody has a chance.”

“The man is going to fight his butt off,” Kieffer said. “I think he can pass Hillary, really, with some major votes coming up.” 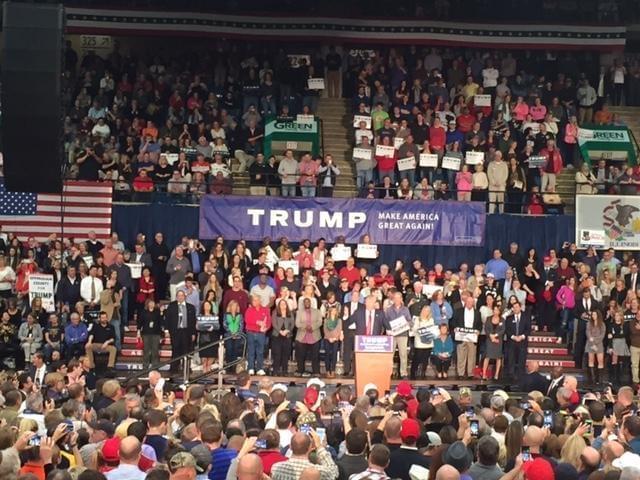 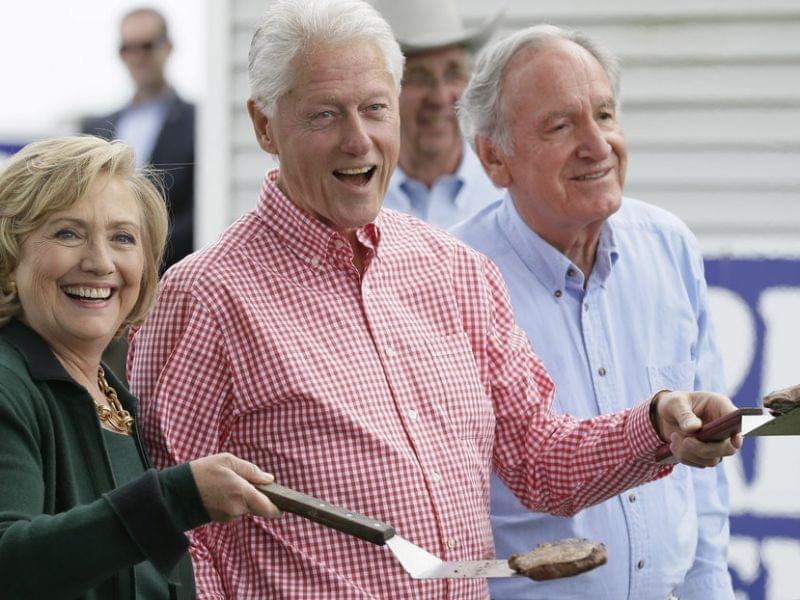